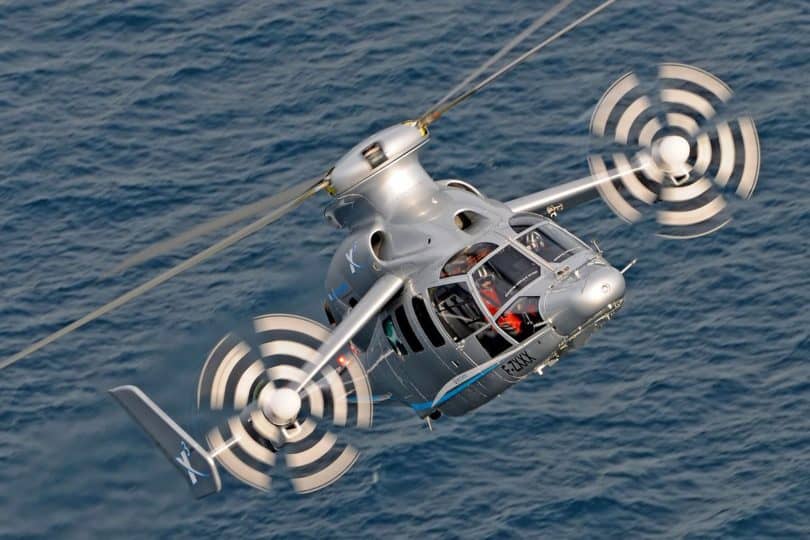 The compound helicopter of Airbus has the potential of reaching high speeds owing to its fixed airplane components. When the pilot needs to attain higher speeds, they tend to bring the aircraft to a low pitch, basically altering the helicopter into a plane where the wings and the side propellers take over providing the thrust.  Another amazing feature of the hybrid helicopter is the absence of a tail rotor. Usually a tail rotor is needed to keep the helicopter from rotating out of control.  However in Eurocopter X3 design the anti-torque force is delivered by the two side propellers.

With the combination of advanced travel speeds together with excellent VTOL performance, Eurocopter X3 is appropriate for military mission like Special Forces operations, combat SAR, troop transport and medical evacuation. The helicopter is said to usher in a new age of high speed rotor wing flight. During the test, the Eurocopter X3 succeeded to reach 293 mph, which has made it the fastest non-tilt-rotor helicopter in the world and the new patent provides an improvement on the original X3 design.  A helicopter having extra pusher or puller propellers is far from new and different types have been flying for years.

However, a copter with this layout together with amazing high performance is unusual. Moreover, this design has also helped the copter to reach the performance levels of tilt-rotor-aircraft like the V22 Osprey which tends to take off and land like a helicopter though transforms into a conventional aircraft from horizontal flight. Contrasting from the X3 model, the patented propellers of the Eurocopter X3 aircraft seems to be mounted behind the wings rather than in front. 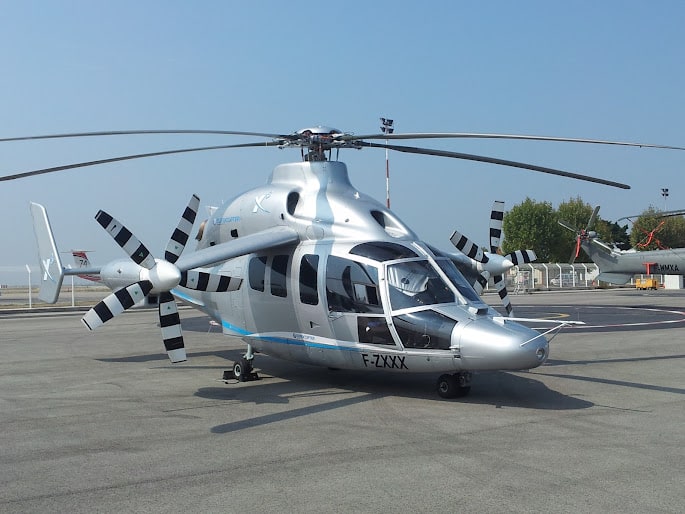 As per the patent, Eurocopter X3 tends to help in reducing the noise and vibration while refining the life and passenger safety. The authors of the patent specify that further improvement of the design would include turbojet engines which would mean that the patented helicopter would probably be considerably faster than the record-setting X3.  The new patent could also be the new development of the Low Impact Fast and Efficient Rotor-Craft or LifeRCraft which the Airbus Helicopters had earlier hinted in 2014 and that project is based also on the X3 perception.  It is not known whether the patented compound helicopter in its current appearance would ever see the production and as in the case with all patents, it is left to be seen if this mega-fast helicopter would ever reach mass production in the near future.