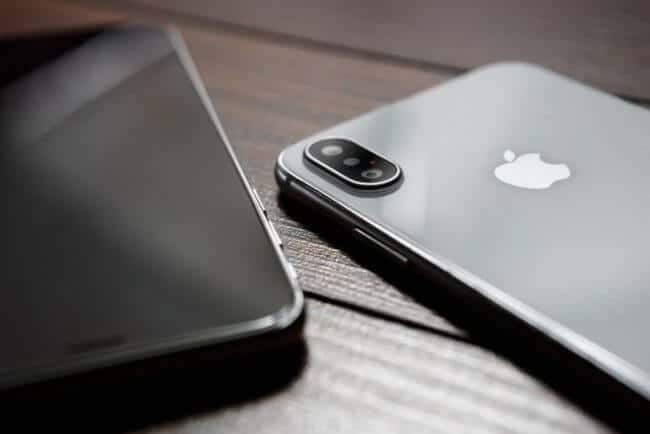 For the launch of the iPhone X, Apple reports another increase in profits and sales. The core business is and will remain the iPhone sales: The Group sold almost 47 million devices worldwide and expects a new record for the 2017 Christmas business.

Apple reported a sales increase of 11.4 percent to 10.3 million smartphones in the quarter, according to the quarterly report. And even the Mac sales could be increased by around ten percent to 5.4 million devices despite the still stagnant home computer market. The download and streaming business with Apple Music and Co. is also doing well, with 34 percent growth and $ 8.5 billion in revenue.

Apple’s profit rose 19 percent to $ 10.7 billion, while revenue grew 12 percent to $ 52.58 billion. This increases sales for the fourth time in a row and exceeds analysts’ expectations. Investors accepted the publication of the quarterly report with goodwill: The Apple share was able to post an increase of just over three percent. That should also be due to the forecasts for the Christmas business.

Despite the high price of the iPhone X Apple predicts record sales figures for the upcoming Christmas business. From today, November 3, the new smartphone is available in the Apple stores. 2017 is the first year in which the Group is launching three new phones: the iPhone 8 and 8 Plus have been available since September.

The results of the technology giant

Based in the Californian city of Cupertino met just one day before it reaches the stores of more than 50 countries the iPhone X, the new model of Apple’s popular smartphone.

Regarding the data corresponding only to the last quarter of its fiscal year (July-September), Apple registered a net profit of 10,714 million dollars, compared to 9,014 million of the same segment of the previous year.

Of that quarterly revenue item, 28,846 million dollars corresponded only to the sales of 46.7 million units of its iPhone smartphones.

For the first quarter of its fiscal year 2018, which considers the Christmas gift period that normally conveys great news for the company, Apple undertaking revenues of betwixt 84,000 and 87,000 million dollars.

The words of Tim Cook

Tim Cook, CEO of the technology company, was very optimistic with the numbers: “I could not be more excited about the future, of apple this was the biggest year for Apple in most regions of the world.” He also noted that the company had a particularly strong end of the year.

Also, the highest executive of the apple company valued: “We have generated revenue growth in all product categories and we have set a record in the results of our services business”. As for the iPhone in particular, he pointed out that sales exceeded his expectations. And, in addition, it is positive about the new model, the iPhone X, which was put on sale in Australia coinciding with the appearances of the directors of the company: “The orders have been already very strong”. In fact, he added that coinciding with the Christmas shopping season, he expects this to be the best quarter of the company’s history. The company expects revenues of between 84,000 and 87,000 million dollars for the quarter ending at the end of December. The company’s previous record marked it in the Christmas quarter of 2016, when it reached 78,000 million of revenue.

Luca Maestri, financial director of the firm, added, regarding the numbers of the last year: “It has been great to see how the pace of growth accelerated in each quarter of fiscal year 2017.” Maestri has highlighted the double-digit increase in sales of iPhones in many markets, such as China and India, as well as gains in market share in countries such as Canada.

Maestri also referred to the record number reached in sales revenue from Macs, whose market share has expanded.

And if something can also boast the apple company is its cash: already has 268,900 million dollars, after increasing by 7,400 million this year.

Some analysts have already made their first considerations about the company’s numbers. For example, Brian White, Drexel: “Apple is taking the iPhone franchise to a whole new level with the new iPhone X, the most expensive phone in its history, which pushes the company to go deep in the mobile phone market. ultra-luxury The strong start of the iPhone X, combined with an excellent report of results of the fourth quarter and with a price equivalent to less than 13 times in terms of per (price between profits), we believe that Apple has an attractive potential with a view in the next twelve months. “