The CleanSpace Tag created by a technologyfirm run by earlier science minister, Lord Paul Drayson states to be the first commercial device which is powered by wasted energy in wireless transmissions. The device is said to make one healthier while gaining rewards for being environmental friendly. The said device had been launched recently and is said to be a carbon monoxide sensor which tends to monitor personal air quality. According to Drayson who informed Wired, states that the technology harvests the energy which is in wireless transmissions and that they are using wasted energy and recycling the same. The Tag utilises a method which the firm has named as `Freevolt’, that has been around from 1960s when NASA had experimented with it. 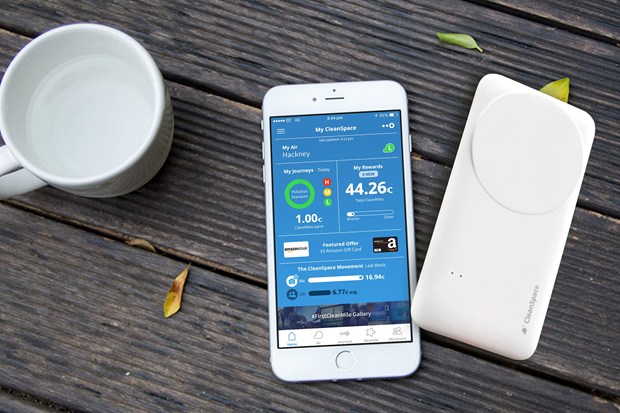 The technology had never made commercial use of it till now since the frequencies were so low, around 20 to 30 Nano watts. The CleanSpace Tag is said to run on very low energy, enabling it to use wireless waste. With the use of the antenna, the Tag tends to take the power from wavebands of the electromagnetic spectrum, the Wi-Fi as well as the mobile phone networks. This travels silently around us and utilises them to run the low power sensor.

Solution to London’s Shortage of Sensor

Drayson Technologies was launched by Lord Drayson in 2010, after he had left political office. In the initial few years, the company had functioned on creating a second generation of bioethanol fuels with high performance electric cars. Thereafter, in 2013, Drayson set a world land speed record for lightweight electric car at 205.2 mph. By this time, the company had been speculating on wireless charging for electric devices. It was then that it encountered Freevolt and decided to think over what it could be powered with. 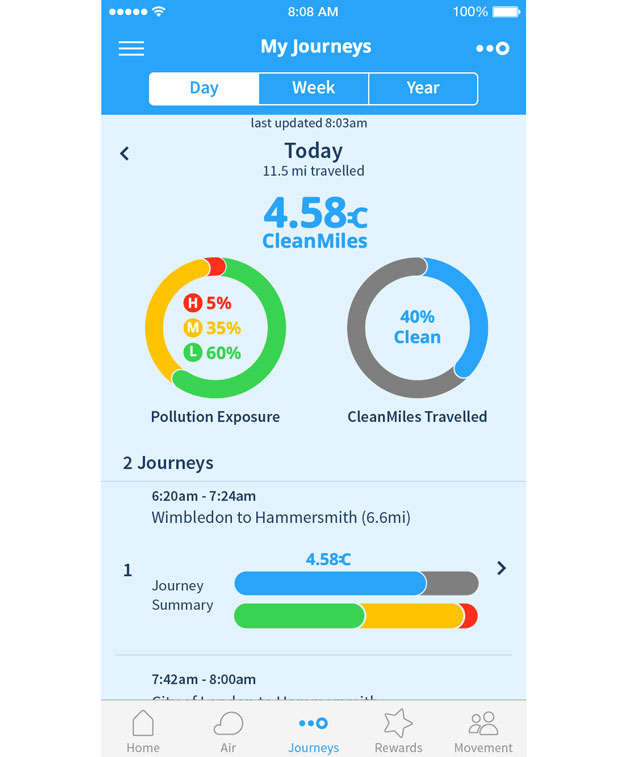 Drayson had stated that they thought that it would be a cool thing if they could develop a product which enabled people to know what the air quality is like where they are. Drayson together with his four children are asthmatic and he had spent most of his time thinking about the air quality and desired to solve London’s shortage of sensor. The city had around 160 fixed sensors that monitored the air quality for over 8.5 million people. Hence, Drayson Technologies thought of creating the CleanSpace Tag.

He further added that it seems a little bit smaller and thinner than a usual smartphone and much lighter than a smartphone. One could carry it along all the time and it tends to continuously measure the air quality where one could be. The Tag tends to communicates with the CleanSpace app through Bluetooth in order to provide the user with local air quality data that is also sent to a bigger database that collects data from all over the UK. 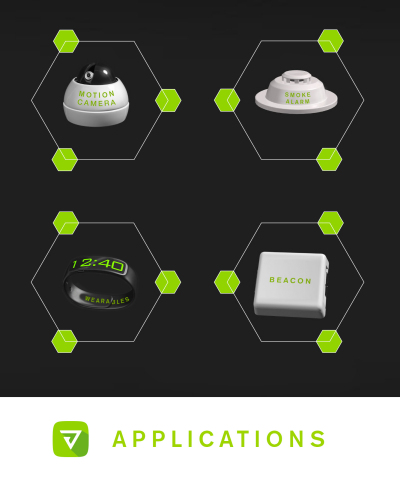 The app also provides rewards for environmentally friendly behaviour through `clean miles’. He informs that is an amazing way of utilising the technology in helping to achieve a change of something which would otherwise be seen beyond our potential to do something about it. According to Drayson Technologies, the Freevolt technology is made available to developers at a price and could be utilised to power sensors, beacons as well as wearable. The CleanSpace Tag would be shipped in November at a cost of £50 and the app is available for Android as well as iOS.