Everyone at some point of time would have experienced annoying sounds and given the choice or the desire of controlling the volume would certainly take this opportunity of doing so. It could be the loud car horn or the loud talking on the phone or any other sound. A two year old wearable tech company known as Doppler Labs intends to give user an experience with its latest product called the Here Active Listening System.

The company had launched a Kickstarter campaign recently for the wireless Doppler Labs Earbuds together with accompanying mobile app enabling user to adjust the volume of what they hear in real time. It characterized the system as a remote control for the ears wherein the technology takes in what one tends to hear, processes it and thereafter plays it back with 30 microseconds, so that there is no noticeable time delay.

Doppler Labs have developed its new product Doppler Labs Earbuds which comprises of a pair of earbuds and a smartphone app. It enables the person to control the volume of the world around. Doppler Labs is presently on the look-out for funds on Kickstarter for Doppler Labs Earbuds, which features a series of equalizers as well as volume control enabling the user to filter out specific sounds. 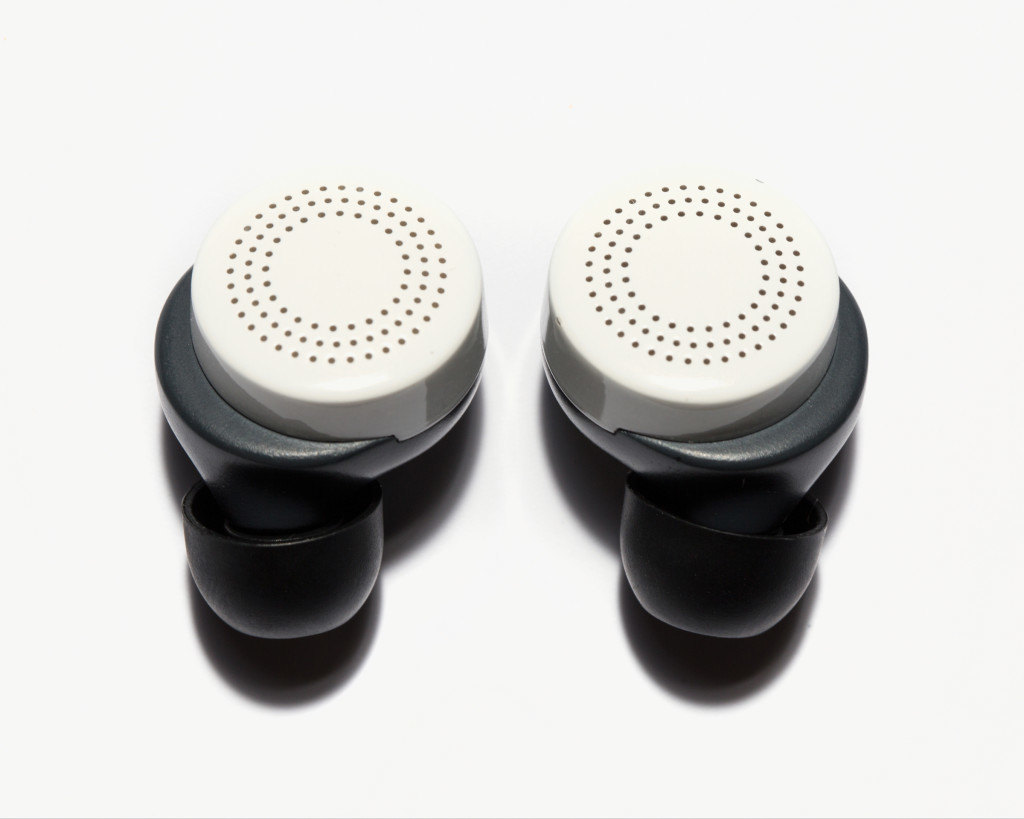 Not Suitable for Podcast/New Album

The Doppler Labs Earbuds cannot be utilised to listen to podcast or new album on the device, though it could turn the volume up during a concert or an indoor screening of a movie or else turn down the street sound. With the help of the app, one could also change whatever one hears with sound effect option such as reverb and echo or opt from a series of filters like Blue Note and Hendrix. Moreover the company had also created precise algorithms to control sounds such as jet engines also.

The exterior of the Doppler Labs Earbuds comprises of a microphone which can detect the sound needed to be eliminated and the digital signal processor then utilises a precise frequency to abandon that sound. In the Doppler Labs Earbuds, a speaker tends to send the original sound not intending to hear as well as the new frequency into the ear initiating them to cancel each other out. The  Doppler Labs Earbuds are thick and tend to fit the ears properly though wearing for a long period of time could be uncomfortable. 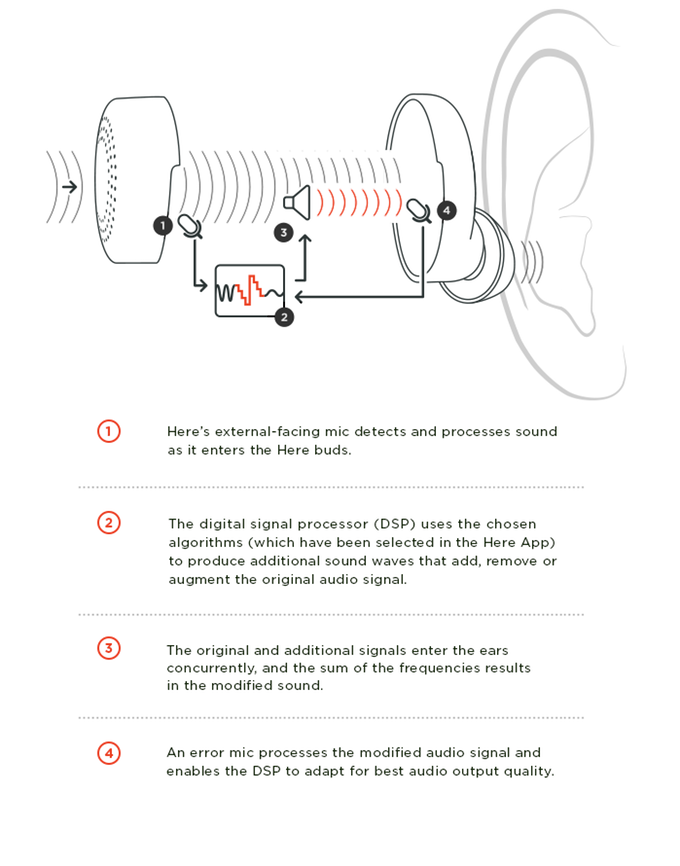 Modify the Sound Around

Doppler CEO and co-founder, Noah Kraft has informed that the final version would be smaller. When popped in the ears, one will get to hear low humming sound. Kraft had experiments it by kicking up the volume utilising Here’s companion app where the hearing was heightened to phenomenal levels. 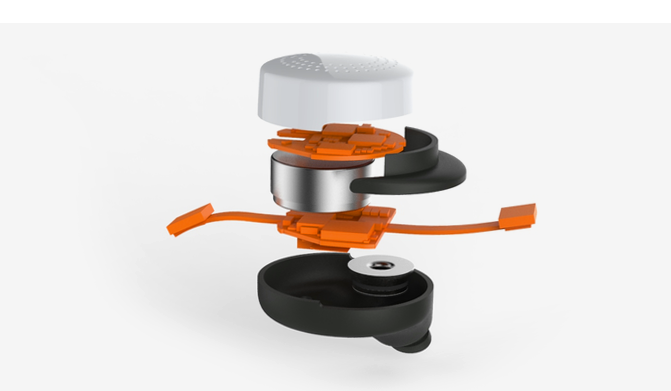 Besides his voice being significantly louder, the rumble of a motorcycle that sped byDoppler’s fifth floor office sounded as though it was quite near. Thereafter he tried lowering the volume and everything sounded subdued.

It can not only eliminate annoying sound, Here could also be used to modify the sound of the world that can surround you enabling the person to adjust the treble and bass of whatever is heard. By adding filter to the sound heard, one can change the way it could sound. For instance the flange filter provides a warbled sound, while echo could make it repeat over and over.