Nearly 56 suspects have been arrested by the National Crime Agency, UK during the strike week in opposition to Cybercrime. Reports suggest that 25 different operations were carried out in England, Wales, and Scotland. All the people arrested are suspected to be part of wide range of cyber crimes, which includes virus writing, data theft and data fraud. One of the raids witnessed by BBC targets a man, which is suspected of being involved in Yahoo Hack back in 2012.

These week long operations have coordinated by specialist officers from regional organized crime squads, officers from the Metropolitan Police as well as the NCA’s National Cyber Crime Unit (NCCU). The West Midlands police had arrested a 23-year-old man in Sutton Coldfield, this person is suspected to be involved in the breaking in the network of the United State defence department in the year 2014 (June). One of the biggest operations saw nearly 25 people being arrested in Essex and London. These people are believed to be stealing money through net, they are using net for cash laundering and conducting other frauds. Reports suggest that hackers behind this attack were able to steal data of nearly 800 people apart from pilfering the data on the network’s internal architecture. 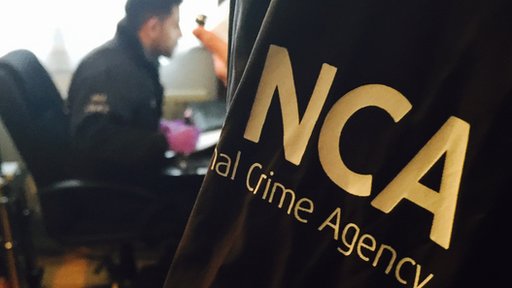 According to eyewitness Rory Cellan-Jones, all the actions suggest that many of the arrested people might be part of much bigger hacking organizations. One of the suspected members of Lizard Squad group was arrested in the Leeds and in London; one of the man who is 21 years old was arrested and taken into custody on the suspicions of him being part of the hacking collective of D33Ds Company. This D33Ds Company is suspected to be behind the 2012 attacks on web giant Yahoo Company, wherein they stole nearly 400,000 emails addresses and passwords and subsequently publishing it online.

Investigations pertaining to all these suspects in Leeds, Sutton Coldfield, and Willesden were supported by forensic information provided by the Forensic bureau of investigation (FBI). The other operations targeted alleged intellectual property thieves, phishing gangs, users of financial malware, and companies who are out in the market offering hosting services to crime groups apart from the people who were supposedly part of or were in the so-called DDoS (distributed denial of service) attacks, which were attempted to knock down websites offline. The Police Scotland website was knocked out by a 21-year-old man from County Durham adding to the DDoS attack.

According to Andy Archibald, deputy director of the NCCU, criminals need to remember that they are not anonymous to law enforcement when they commit online crimes. He added it is crucial that they continue to work alongside different groups and partners to disrupt these crime groups in United Kingdom. The NCA has visited nearly 70 firms to inform them about their server vulnerability to these kinds of attacks. The strike week also saw pop-up shops meant for advising public about measures to be safe online. They were informed to keep their devices checked regularly about any threats or viruses.