Researchers from Stanford University on Tuesday stated that they have stumbled on a breakthrough that will change the entire future about fast charging and future of long lasting batteries. According to the details, the team has found an ultra fast rechargeable aluminum-ion battery.

All the details about the study were published in the 6th Edition of Nature in April. The team stated that they found the turning point while testing different materials to be used as cathode and started experimenting by using graphite. The team used the aluminum-ion prototype and charged as battery that can be compared to the one used in any Smartphone in less than a minute. This is nearly 60 times faster than a regular lithium-ion battery in terms of charging.

This new Aluminum-Ion Battery concept is all about durability as it can stand nearly 7,500 charge-discharge cycles before it loses any of the capacity. To get a clear perspective about the use of aluminum-ion battery, we need to know that the previous battery of aluminum-ion could stand only for 100 cycles however the Lithium-ion batteries can stand for 1,000 cycles before there is decline in its capacity.

Safety, durability and flexibility are some of the other advantages of the aluminum-ion prototypes. The researchers were easily able to bore into a aluminum-ion battery without causing any fire, which is completely opposite in the case of lithium-ion cells. These batteries are also pliable.

It is expected that the use of aluminum – ion batteries will not only make the solar devices energy efficient as well as make the current cell phone batteries a matter of past. Aluminum-ion battery can easily scale up as the companies are still trying to get the smart-watches and Smartphone batteries in a flat shape. 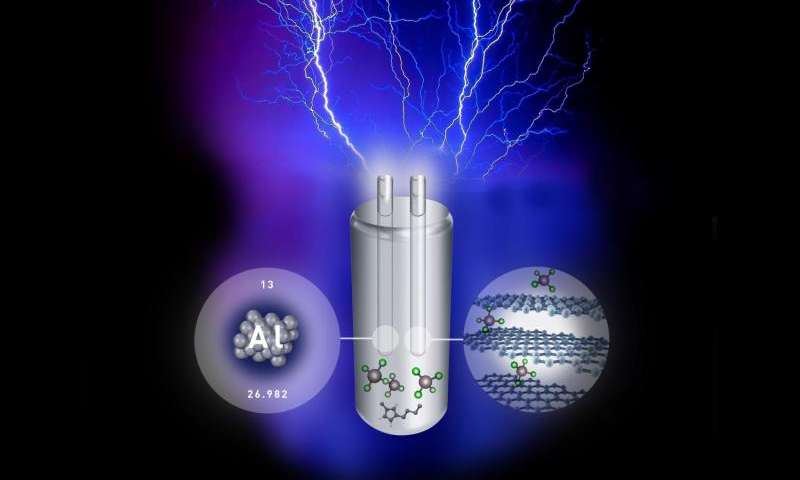 According to North American, sales manager of OEM and PPS for VARTA Micro-battery, Eric Lind the aluminum-ion battery has been tested on a small scale, however testing the same on a larger scale might not generate similar results. He further adds that the energy density seems to be biggest roadblock for these batteries apart from the metal corrosion. This issue needs to be addressed in order to make these batteries to be a challenger to the current batteries of today.

The potential of aluminum-ion batteries

Despite the hurdles these batteries seems to have lot of potential in terms of their application in the consumer electronics. As observed by Kevin Krewell, one of the main analysts at Tirias Research, the use of aluminum-ion batteries in the mobile market is myriad since power issues have always been challenged by the question of mobility.

People are unable to adapt to the Smartphones due to battery usages but the new revolution in terms of 1-minute-recharge time is a complete change in the scenario. Kevin further adds that people who are longing to use Samsung or iPhone will now have no reason to get worried in terms of battery wearing out or getting the same repaired in case of battery being dead. The new aluminum-ion cells can also start a revolution of the IoT.