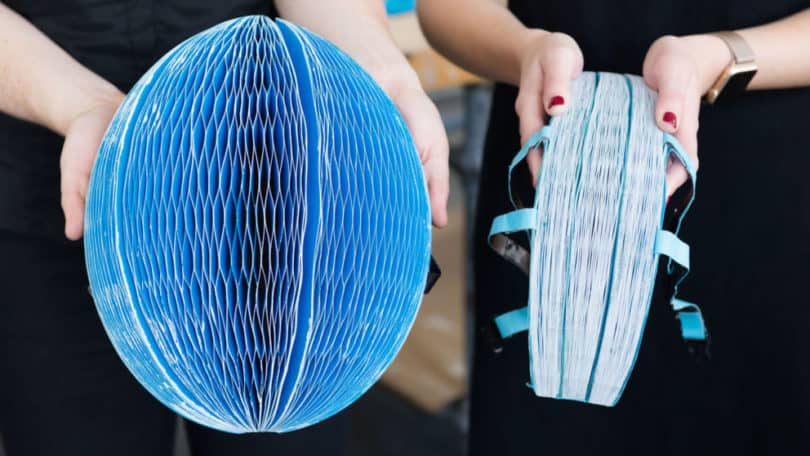 James Dyson Award is a popular international student award which recognizes the design on international level which helps in solving any problem. This year award has been secured by a unique folding and recyclable bike helmet which is affordable and environment friendly as well. Its creator Isis Shiffer has made this EcoHelmet from the recycled paper which has been woven into a splendid honeycomb structure. 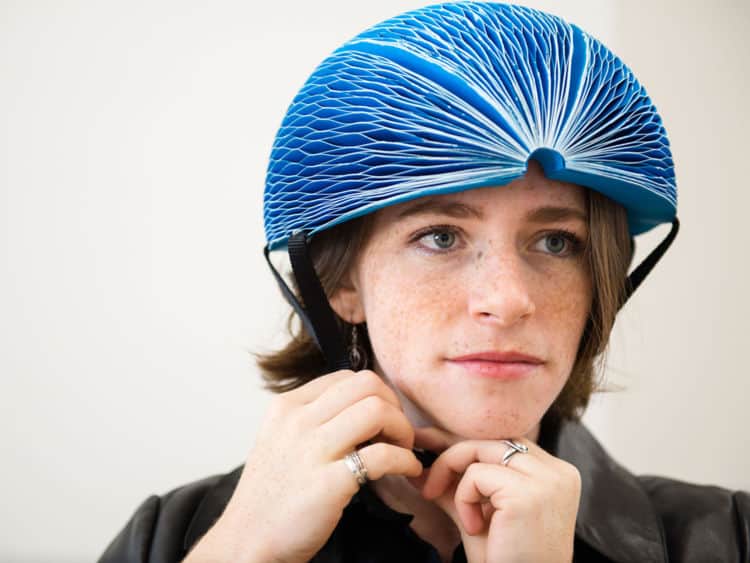 Features of the EcoHelmet

EcoHelmet features a honeycomb structure which is designed to safeguard the cyclist’s from impact coming from nay direction. It is made up of recycled paper as stated earlier which happens to be biodegradable in nature but at the same time it is completely rainproof or sustain the water flow for about three hours. Which means cyclists will be able to zoom around on their bikes even in the rain without any damage to the helmet.

This helmet has been designed by a graduate from the Pratt Institute of Design in USA. Shiffer received the prize money of £30,000 for her remarkable innovative prototype. Shiffer has stated that she got the elementary idea regarding the EcoHelment while studying in London for a semester. 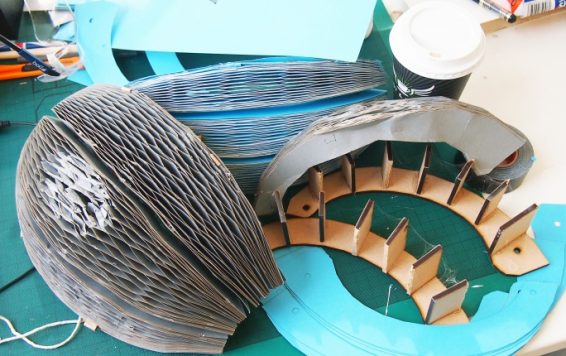 She elaborated further that London has European standard for the helmet crash set up which gave her insight to the data crucial to the development of the EcoHelmet. The proprietary honeycomb design developed for the helmet was made feasible after thoroughly studying and analyzing this particular data.

Her future plan includes selling EcoHelmet at the bike-share stations globally for as little as £4 per helmet. As per the statistics from Department of Transport each year more than 3200 serious injuries are reported by the cyclists. EcoHelmet will certainly come as a blessing in disguise for the cyclists who are looking for trendy, sturdy yet affordable helmet solutions. 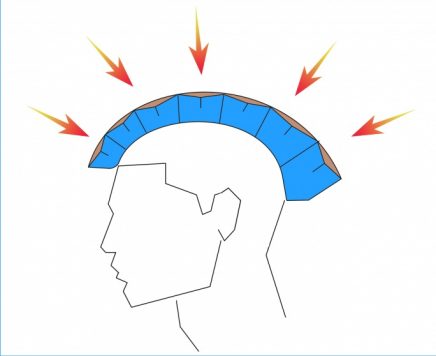 The man behind the Dyson inventor award

We have been using vacuum cleaner for ages and no one gives much through about the innovation which has helped in simplifying the common problems faced on daily basis being resolved by smart invention. For long, vacuum cleaners had came with a bag which collected all the dust but it was James Dyson who came with innovative ‘bagless’ vacuum cleaner. He has chosen the EcoHelmet worthy of the award as it helping in solving the obvious problem in a simple yet elegant fashion.

James Dyson Award recognizes the efforts of students and made its mandatory that students has studied in 21 particular countries which includes UK, USA, Australia, China and others. One national winner is chosen along with four finalists from each country and James Dyson takes an active part in selecting the international winners for the coveted prize.

James has stated that he was impressed by the amount of research and development carried out by the students in developing the unique folding helmet made out of biodegradable raw materials. He wishes Shifffer a success and hopes to see EcoHelmets in mass usage across the globe.