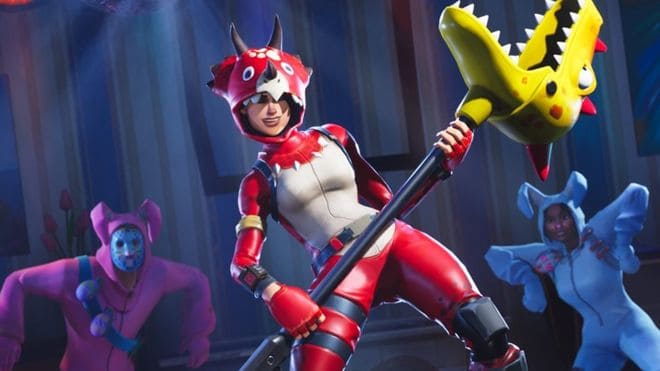 Since its release fortnite battle royale has been a hit with the audience. The popular game got people hooked and was available on most platforms, that is until now. Makers of the hit game are now planning on giving Google play a skip when it comes to featuring battle royale on its platform. The game is shortly going to come out for android smart phones but users will have to look else where to get it.

Google play allows developers to use their platform for 30% of all sales which the makers of royale find disproportionate to the work they contribute to the actual sales. As of now there is not much by way of when battel royale will be available on android phones.

The game sees 100 players on a foreign island where they are given weapons. They have to use these weapons and build defences. The person who wins the game is the one who lasts the longest.

The part about paying comes up only when you would like a custom cosmetic enhancement for your player such as special costumes or dance moves for your character. Otherwise the game is free to play.

Epic Games chief executive said in a statement to Verge that as far as possible they would like to maintain a direct relationship with customers. This is as far as various platforms would allow.

Royale is available on PlayStation 4, Nintendo Switch and Xbox One and has to be got form each individual’s own official store.

As for Apple, Royale is available on both iPhone and iPad and can be got from Apple’s store. However, Apple again takes 30% of all sales when it comes to Battle Royale.

One major advantage when it comes to getting battle royale form these sites is that they are tightly controlled making getting the game from unofficial sites difficult.

For users on PCs and Macs, Battle Royale can be got from the game’s official website.

When it comes to getting the game on Android phones, users can download it again from the official website after enabling all the right permissions.

But basically, this does not happen very often as novice users are afraid of downloading something that may pose a security risk. So, they mainly stay off downloading stuff from anything other than the Google play store.

Fake versions of the game have sprouted up in a number of locations promising users access to battle royale on Android.

Again, users are advised to download the game from only official websites and not from anywhere else.

Makers of Battle Royale, that has garnered 125 million players worldwide, say that 70% remaining after 30% is given to platforms, has to cover a lot of costs making it extremely difficult.

In the same statement, they also commented that they would have avoided the App store as well, if only it were possible to do so.