Earlier cancer was considered as one of the deadliest disease but not anymore with several remedies coming up for the cure of cancer. Google has now filed a new patent for Cancer Targeting Wearable in order to detect and destroy the diseased cell, a Calico developed device which can automatically modify or destroy one or more targets in the blood with an adverse health effect. Google’s patent for a new patent for cancer targeting wearable provides a description for a device which would automatically modify or destroy one or more targets in the blood which would be helpful in controlling the condition.This could comprise of proteins, enzymes, hormones, cells or other molecules which can affect health when they are present in the blood. The Cancer Targeting Wearable has the capabilities of modifying or destroying the cell by transmitting energy in the blood vessels which could be done by radio frequency pulse, a time varying magnetic field, acoustic pulse, and an infrared or visible light signal. The energy enables a chemical or physical change in the targets to overcome illness which includes cancer. Google is of the belief that the device could be helpful for Parkinson’s patients as well since certain proteins have been detected as some cause of the disease and if the wearable could destroy these proteins, it could slow down the progress of the disease. 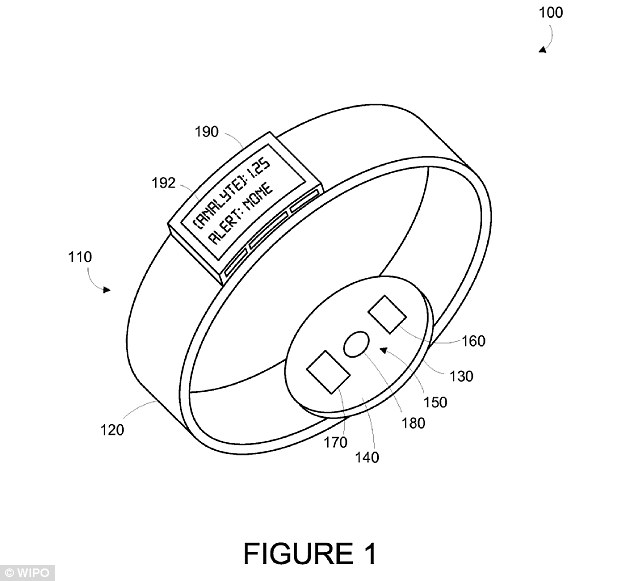 This type of a Cancer Targeting Wearable would be able to destroy or modify the diseased cells by transmitting energy into the blood vessels and the energy will help to combat various types of illness especially that of cancer. The company’s `moon shot’, research lab – Google X is known to be responsible in various fields. Earlier, one of its projects was a pill that could be used to detect cancer and several other diseases and now the company has come up with a patent application for a wearable device which could be capable of capitalizing on the pill research to perform on the bad cells found in a person’s body. The pill has been created to use iron-oxide nanoparticles which could identify cancer cells based on biochemical signals wherein the nanoparticles would then paint the cells and travel through the body with them. This new device which has been described in the patent application is known as `nanoparticle phoresis’ and is a description of a wrist band wearable device which can transmit energy in a person’s body.

Designed for the Wrist and Attached to a Magnet

Andrew Conrad, head of Google Life Science, unveiled plans for a wristband in January, that would be working with nanoparticles and circulate in the body looking for cells. These nanoparticles after travelling in the body would then be collected with the use of a magnet to reveal what cells they encountered wherein the nanoparticles would cause the cancer cells to light up, for instance enabling the wristband to record if there could be dangerous cells in the body. Since the wearable is in its initial stage of development, Google X is working on to determine what describes a `healthy’ person and are monitoring 175 healthy volunteers to collect frequently, physiological information. The wearable has been designed to be worn on the wrist and attached to a magnet which is aimed at subsurface veins and is tuned to configure a target type of cell which has the ability to cause adverse health effects.