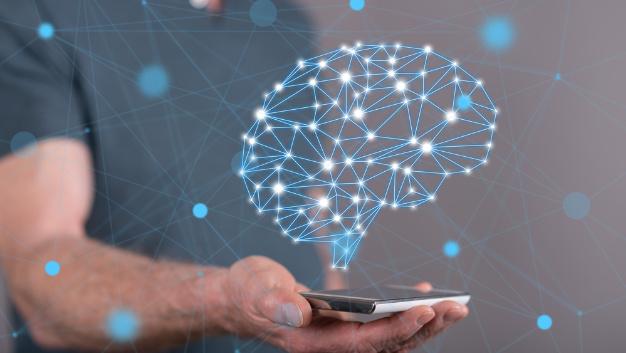 Google is entering the offensive in the device business. Artificial intelligence should make the technology smarter than with Apple or Samsung. In addition, the services of the Internet giant are to accompany the users through their daily lives.

With the help of artificial intelligence, Google wants to build smarter devices for different living conditions and stand out from the big hardware rivals Apple and Samsung. The Internet giant presented on Wednesday next to new smartphone models also two networked loudspeakers as well as a small camera, which is to decide when to take a snapshot or a small video. In most devices, the Google Assistant is also on board with which the user can interact.

His ambitions in the smartphone business, Google underpins with new models, which are to include it with expensive competitors of Apple and Samsung. One year after its first pixel smartphones, the Internet group presented a pixel 2 of similar size on Wednesday and an XL version with a 6-inch screen. With it, the display fills almost the entire front of the unit, except for strips for speakers at the top and bottom.

While Google has a rather simple design for the devices, the expertise in machine learning and artificial intelligence is the difference. Thus, the device is integrated into the speaking Google Assistant. The new Google Lens feature, which can be used to recognize content in the picture, initially only works in the photo app – but later, it should be enough, for example, to direct the smartphone camera to an object or a building.

A new application for his learning machines is Google’s automatic recognition of music: when the function is activated, the phone identifies all the songs that run in its surroundings and fades the tracks. Via the notifications, they can then be retrieved, for example, at the in-house video platform YouTube. To recognize, “fingerprints” of tens of thousands of songs are stored directly on the device and are updated weekly. A challenge for such a function is already to differentiate the music from ambient noise, said product manager Matt Kulick.

Portrait function with only one camera

In the camera, the pixels are now synonymous with the Apple introduced portrait function, in which the background is blurred by software. This is supposed to look like the smartphone photos from an SLR camera. Apple’s iPhones use a dual camera for this – Google explains instead, thanks to an image sensor with combined pixels with only one lens to get along. In addition, the portrait effect is also introduced for the Selfie camera – but only created by software.

Similar to Apple, there are now also “live” photos on the phones that capture a few seconds of motion. Google promises that software automatically recognizes whether such an image is worthwhile – or the movement is too fast and leads to bad results.

The smaller pixel 2 lets Google like the previous year model of the smartphone specialist HTC manufactured, the XL version is built by LG. Google had recently announced that it was to hand over $ 1.1 billion to the development department and some patents at HTC. From an HTC device, the new pixels also got an unusual control function.

If you press the phones in the lower half, the Google Assistant is activated. You have the feeling that the aluminum case gives way – but this is only an effect, which is produced by small motors. In contrast to Apple’s new iPhone X, Google continues to use the fingerprint sensor instead of face detection in the Pixel 2 models and does without a cordless store. The pixel 2 is sold in Europe for 799 euros and the XL version from 939 euros.