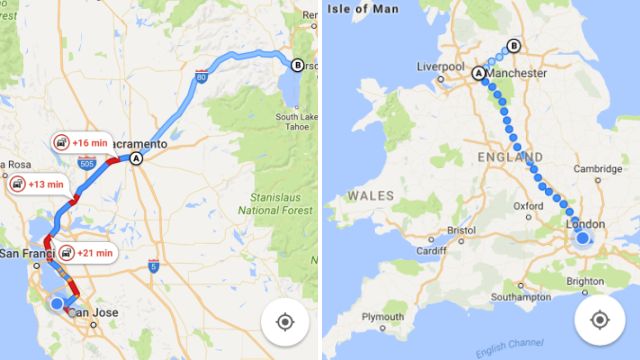 Google has eventually introduced the choice for numerous stops when asked for directions where many have been waiting for this feature for a long time.Google Maps enabled us to get direction to various destinations on our computers for a long time but the mobile version has been limited to one destination at a time till recently.  The latest version of Google Maps app enables users to add a stop to their search for direction to enable you to go on a considerable road journey with the assistance from your trusted app friend.

However, presently it has been limited to one stop at a time and the web version of Google Maps is needed to locate routes comprising of more than two destinations. The inclusion of stops in the mobile app is generally equipped towards locating a gas station or a place to dine along the way and not an extended road trip.   To access the feature, launch the Google Maps app on the phone and type the address or name of your concluding destination in the search bar towards the top of the screen and tap on the car icon at the bottom corner. 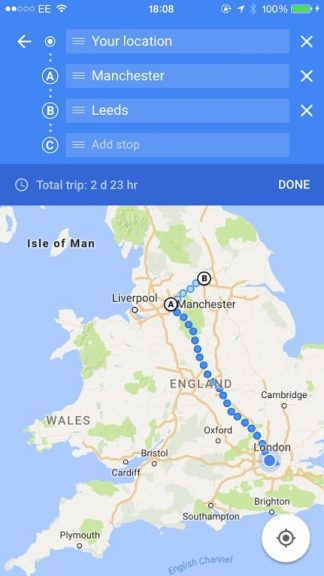 Here you will have a display of different information like, how long would you take to arrive at your destination by car, bike, bus or walking.  There would also be alternate routes shown in grey which you could tap for selection and tapping the icon towards the bottom right corner of the screen you could begin navigating.

Tap on the magnifying glass icon to locate your stop.  Locate your stop in one of the recommended classifications or explore it by name or address by tapping `Search for more places’.  On using one of the pre-set classifications, the results are shown on your Google Maps and one can see how far out of your location they are, to opt for the quickest stop.

You could tap on the added stop when prompted for confirmation. If the user attempts to add a second stop before reaching the first, they will be prompted to replace your stop or cancel the same.  Having more than one stop is not permitted and you can only have one destination at a time. 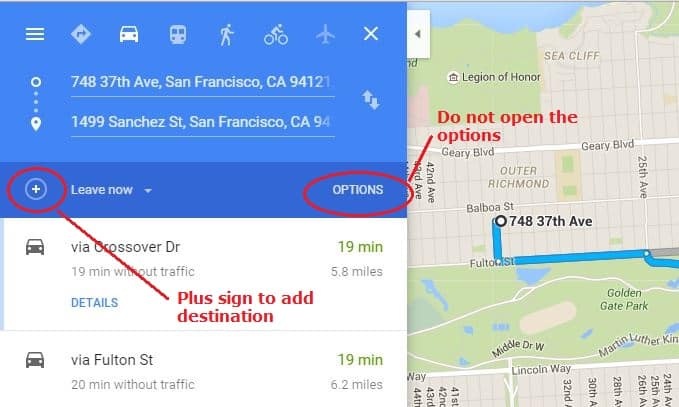 You could also utilise the feature through voice commands by tapping on the microphone button which tends to make it easier while the user is behind the wheel and would need to re-adjust the route.  On selection of a detour or stop, the app tends to start a countdown of around 10 seconds before navigation tends to automatically switch over to the desired location, according to blog Android Police, who had managed to grab the SDK for the updated app and had tested it.

Adding a detour before would mean that one would have to stop the present navigation session, search for a new location and then follow the new route. It was difficult to know which gas station or a store could be the one that would need less amount of extra driving from the prevailing location.

With the new feature, Google Maps now tends to show automatically, stops which are within short distances from the planned route. The feature would first be coming to Google Maps application for Android and would be arriving soon.  No plans have been announced by the company as to when it would be arriving on the iOS version of the app but positively it will follow soon.