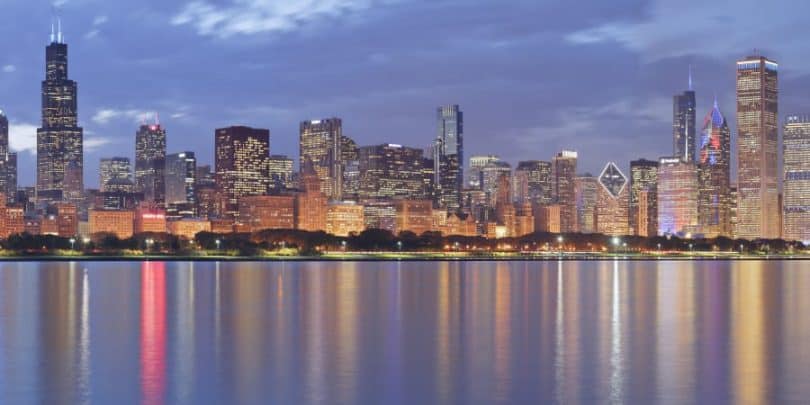 Hyperloop is a system that moves people and goods at unprecedented speeds in a safe, efficient and sustainable way, through the use of a “unique and patented” technology and an advanced business model of collaboration, open innovation and integrated partnership.

Several companies and consortia are planning to build hyperloop lines in the Greater Chicago area. Hyperloop Transportation Technology and Virgin Hyperloop One have plans for the region. Elon Musk and his Company, which intends to finance the connection of the Chicago O’Hare airport to the city center, will also be there.

The North Ohio Areawide Coordinating Agency, the Illinois Department of Transportation and the Transportation Startup Transportation Technology have signed contracts to conduct a feasibility study for a Hyperloop line in the area. The goal is to link Chicago and Cleveland with local professionals and local industry, Forbes reports.

The Mid-Ohio Regional Planning Commission also wants to build it on the Great Lakes with the help of Hyperloop Transportation Technology competitor Virgin Hyperloop One: The proposed route would run from Pittsburgh to Chicago and is already supported by local politics. This group wants to announce the next steps of their project in the coming week.

Elon Musk and his Company also want to build a it in Chicago. Back in November, the SpaceX founder and Tesla CEO announced via Twitter that the Company wanted to finance, plan, build, and build a connection from Chicago O’Hare Airport to downtown operate. The airport is an important transportation hub in North America and the third largest airport in the US in terms of passenger numbers.

However, all feasibility studies and track plan considerations are not worth much before the first test vehicles slide full size through the tubes: So far, there were only trials with small scale prototypes and the speeds achieved are still far from what Musk originally with the idea for it had promised.