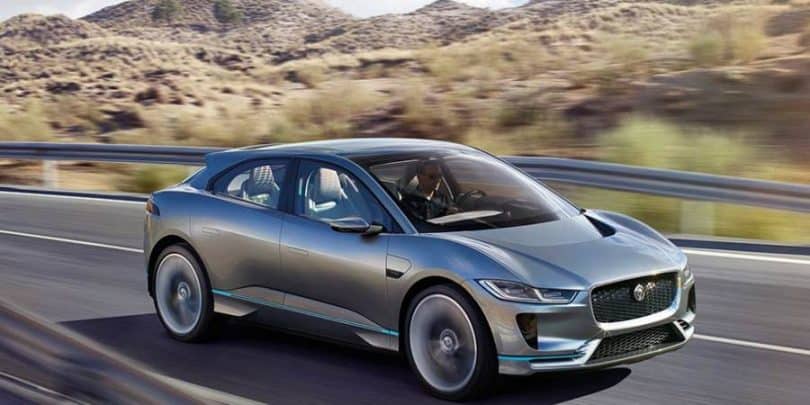 Jaguar builds its first electric car. The I-Pace is due to be released next year. He challenges Tesla and BMW with his impressive technology.

For some time, Jaguar has been working hard to make the exclusive cars attractive to a much wider group of buyers than before. The company wants to get rid of its old-fashioned sedan image from the 60s and become a modern car manufacturer. Granted, with the E-Type Jaguar had in the 60s ever a car on the market, which earned the title “sexiest car ever”. But then, practically nothing happened in the same direction for decades. Until Jaguar started competing with Mercedes and BMW. The result: new top models like the XF and the F-Type sports cars. The company transferred the design principle of its standard models to the XE sports sedan and the F-Pace SUV, which became the Jaguar to ever sell the fastest. 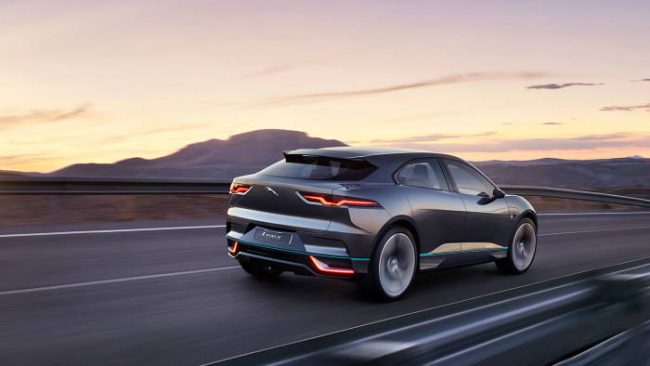 Now Jaguar wants to record it with Tesla and actually the entire electric car market. We took a close look at the E-car: From my passenger seat, I watch one of the Jaguar engineers at the wheel driving past all the other classy cars at the intersections in California. Jaguar is testing the I-Pace, its first electric SUV. Instead of leaving the car with its normal paint on the road, the developers have covered the test vehicle, however, with a pretty loud camouflage foil, which we notice even more. The I-Pace concept car was introduced at the L.A. Auto Show a year ago, where it was praised for its striking and sleek design. Today, just before the series-production vehicle goes into production, the vehicles are tested once more on the road. Jaguar only allows business people to drive the car, so Simon Patel (Senior Powertrain Program Manager) explains what the vehicle does.

That Jaguar is testing his vehicle in L.A. is because such public tests are more effective in advertising here. On the other hand, Los Angeles is, of course, the ideal city for car tests. The heavy traffic, hot weather and rough roads give engineers the opportunity to improve software settings for the suspension. The developers call this NVH – Noise, Vibration, and Harshness. The thermal management systems also need to be tested to keep both the battery and vehicle occupants cool, while maximizing battery life.

“We have cars driven in hot cities like Dubai to measure the heat on the car and, in turn, in Russia and Sweden to influence low temperatures and snow and ice,” says Patel. Lithium-Ion batteries work most reliably at 23 to 37 degrees, but the maximum performance is at about 45 degrees at a higher temperature. In the long run, this can worsen the life of the battery, but developers are working to make up for it.

Unfortunately, today’s test requires the air conditioning to be turned off. That’s why it gets very humid inside the car. But despite the compact exterior dimensions, there is enough space both at the front and at the back. Since the car does not have a large engine, exhaust or fuel tank, Jaguar’s designers were able to increase the usable space.

The dashboard is still clad in heavy black felt to effectively hide the final interior design as the plastic wrap hides the exterior design. But surely slim touchscreens in the center console make sure that temperature and music are controlled.

In order to compete with Tesla’s Model X and Audi’s future E-Tron Quattro electric SUVs, Jaguar has upgraded well: With two electric motors, the I-Pace can access around 400 hp and manages it from zero to 100 km in about four seconds. H. That’s enough to press my head against the headrest and it tingles in my stomach every time Patel presses his foot on the pedal. The charge of the batteries is sufficient for more than 150 kilometers. The prices of the I-Pace should also be in the upper segment. Jaguar does not want to comment at the moment.

The car is being built in Graz in Austria. According to Bloomberg, there are already 25,000 pre-orders for the I-Pace. In 2016, the company sold 150,000 vehicles worldwide, about 77 percent more than in the previous year. If I-Pace delivers what it promises, the company could benefit from the growing demand for SUVs and electric cars.