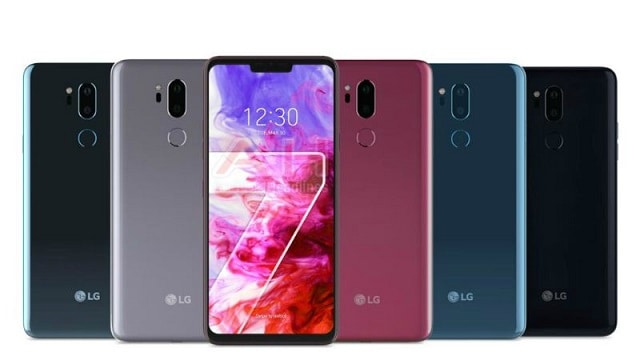 According to the latest information, LG will be releasing its next Android Smartphone LG G7 ThinQ this year. It will launch on May 2 and some leaked images of the LG G7 ThinQ reveal its design.

In 2017 LG released the LG G6 smartphone which made a great comeback from the G5 which did not do well in the market. This year LG will be launching the LG G7 ThinQ which they are hoping to be at par with the other smartphones.

Some of those who attended the MWC 2018 were given a peek at the LG G7 ThinQ. The photos taken of the smartphone were not very clear, but there is a glimpse of what can be expected from the device.

Features of the LG G7 ThinQ

The LG G7 ThinQ comes with a notch that is one-third the width of the top of the display. It will have two sensors, a camera and an earpiece speaker. LG is planning to disguise the notch with a black status bar by using a software trick. The G7 will be almost completely bezel free. The G7 ThinQ will have a powerful speaker whereby the device will be loud and heavy on the bass. The smartphone will have a far-field voice recognition to detect voice commands as far as 17 feet.

The back of the LG G7 ThinQ is made of glass and will have the fingerprint sensor and dual camera, one standard lens and one wide angle. The G7 will have artificial intelligence in its camera. It will optimize the colour, saturation and contrast of the subject that is being shot. With the camera, you will be able to detect the brightness and either adjust the exposure or change the settings.

The smartphone will come with a MLCD+ display instead of the usual AMOLED or OLED. MLCD+ is comparatively new and uses 35% less power, uses RGBW matrix and has a max brightness of 800-nits.

The  G7 ThinQ will come in 5 colours according to some Android Headlines. The ultrathin bezels that surround the display will be black.

Price of the LG G7 ThinQ