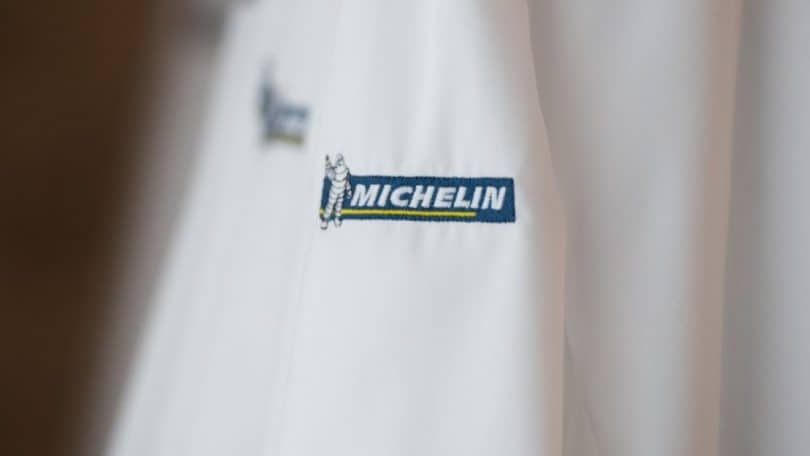 The Michelin plant in Hallstadt near Bamberg produces around eight million passenger car tires year after year. Conventional tires are pumped into the air so the cars can roll. Maybe there are soon tires that work without air. The classic “flatfoot” would be history.

Last year, Michelin has opened a factory in Piedmont, South Carolina, producing air-pressure tires worn by polymer spokes. The “Tweel” is mounted on agricultural, horticultural and earthmoving machines. According to the manufacturer, the tire developed at Greenville Research Center is “a revolutionary concept and an important milestone for future tire development”. It comes without air pressure and combines wheel and tire in one component. Highly flexible polyurethane spokes absorb the spring and damping effect of the air. The classic “flatfoot” is thus finally history.

As a matter of fact, Michelin wants to re-invent the wheel, but Michelin has just reinvented it. In a concept study, it comes from the 3D printer, consists of 100% recycled material and, according to the promise, never have a record ,

If you listen to Michelin, think of Bibendum or Bib, the fat white man from car tires. A full-bodied and ball-shaped bib became the perfect mascot of the French company. In the end of the 19th century Bibs creator, Andre Michelin, invented the air and made the company so famous. Now, 126 years later, Michelin is introducing a new type of tire. One who will take Bib’s breath. 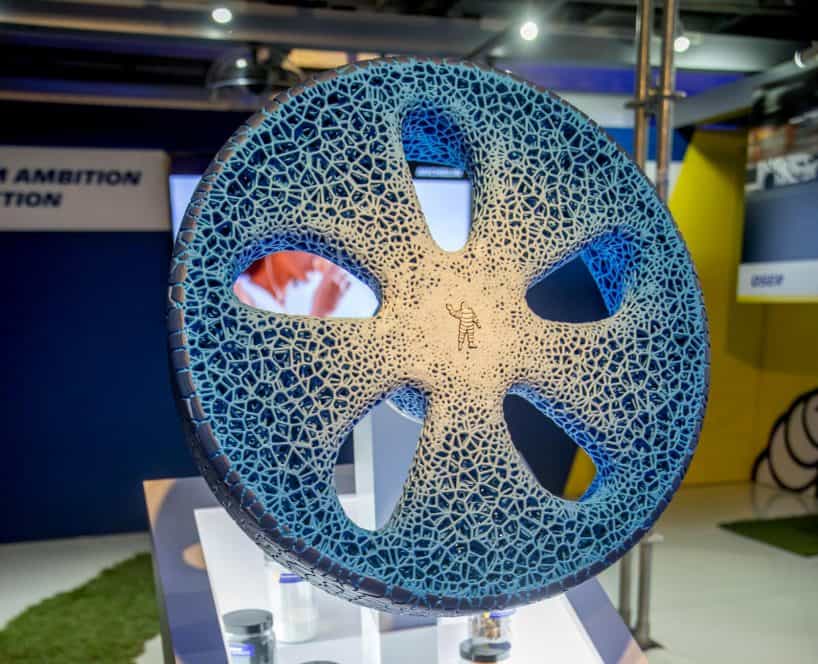 This is how Vision presents itself, Michelin’s concept tire at the in-house conference MovinOn in Montreal: without air, as a unit of tire and rim, as a mix of renewable and biodegradable raw materials, as a product of a 3D printer and still smart.

Without air, but in one piece and made from biodegradable raw materials – the concept vision.

It should also be robust and resistant. The structure below the profile, which is reminiscent of a mixture of a honeycomb and a human lung, says Michelin. Alveolar structure (pulmonary vesicles are also referred to as alveoli), the company calls the construct, by whose special structure the air filling of the tires is to be superfluous in the future.

Needless to say, the tiresome change of tires could become superfluous. If the rubber is worn out with conventional tires, they must be replaced. Vision is different. A kind of 3D printer is to apply new rubber to the old tire, if necessary. Michelin himself calls this procedure “recharge”. Similarly, it would behave with the change of summer and winter tires – also the 3D printer could do. Michelin wants to create special recharge stations.

Various sensors on and in the tire, which measure wear and tear or analyze road conditions, send their information directly into the cockpit. The environmental balance of the tire would be extremely minimized by the biodegradable raw material from which it is made. Obviously, it is only a concept study, but more than just PR behind the project of Michelin, then his male soon gets much less inflated, but in modern bionic structure therefore.