A new launcher for Android – Arrow has been launched by Microsoft which is designed to learn from the way one tends to use it. In an earlier closed beta, Arrow is now made available to all through the Google Play Store. Wired has been putting it through its strides after its launch. Arrow tends to look smooth and seems to be responsive though Wired observed that it puts a number of apps on its main apps screen which are hardly utilised. This is thought to be settled depending on the usage habits but on using BBC iPlayer Radio daily, it did not seem to appear.

Google Play Books and YouTube were however put on fast access screen, inspite of barely being opened and would probably improve over a period of time. However, it did not appear to adapt in the first hour with the software. More useful was the latest apps screen which made it easy to get back to the regularly used content together with keeping tabs on email sent with photos and screenshots taken. The choice of emailing, messaging or phoning the most used contact is handy but seems to log email contact that tend to have Google profiles linked with their address, making the contacts list, less useful than expected. 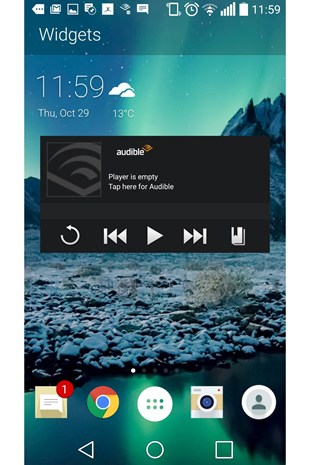 Arrow could have around five screens, those for apps, people and recent history seems to be active by default. Arrow tends to support custom wallpapers and Microsoft Bing’s wallpaper of the day. Custom icon packs from Google Play Store also tend to be supported and while these feature are implemented efficiently, the flexibility and immediate accessible search features of Google’s Now launchers is missed together with its news feed and the potential of stacking multiple app icons in groups.

Arrow states to be lightweight and optimised for battery life and speed, helping the user to enjoy the phone all day. However it has not yet had time to carry out comparative battery test. Testing Arrow on LG G3 is being done and the report will be given if the differences tend to be significant. Arrow which was developed at the Microsoft Garage, a workshop within the company, tends to give `employees, interns and teams from the company who may come together, to convert their wild ideas into real project.

It is still under expansion though it is out of beta, with only English as well as Traditional and Simplified Chinese languages presently made available. Until now, it seems like a fringe project and if it can deliver on its promise, its prospect could be brighter. Designed for simplicity and personalised to usage habits, its key features are:

Arrow is a Microsoft Garage Project brought by the makers of Next Lock Screen which is another top productivity app for Android. The Microsoft Garage has the possibility of turning fresh ideas into real projects.