Motorola who always comes up with new kind of smart phones has come out with Moto X Play for people who want great camera and battery with a long life. The Moto X Play is cross between Moto G and Moto X Style. The power and the volume button are placed on the right side of the phone, and the power button is textured to make out with the fingertip, and when handling the phone one-handed, you can reach both buttons easily.

The Moto X Play mobile’s curved back, you get a good grip on the phone, the feel is tough because of its solid plastic frame and Gorilla Glass 3 screen, and if you dropped it by mistake it will come out without a scratch.

The joys of the Moto range is its vanilla Android software, the announcement icons inform you whether you have any missed calls or emails even when the phone is locked, you can ask it to read out the text message as the device has voice control, which gives it a very clean user experience. 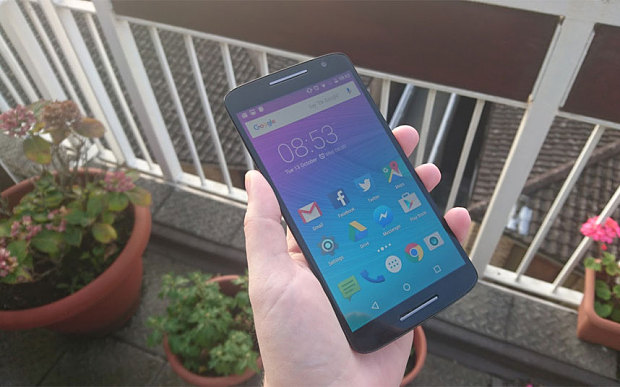 The life of the battery is outstanding. Motorola claims that the 3,630mAh battery lasts up to 48 hours. With certainty the battery lasts for more than a day on average use, but definitely lasts for a day if it is used to stream video and play games. It also comprises of Motorola’s Turbo Charge expertise, which the corporation claims is the fastest quick-charging tech available, giving the Moto X Play eight hours of battery life in just 15 minutes of charging. The life of the battery would get even better with their new product Android 6.0 Marshmallow and the new feature of native Doze function.

The experience I have had was the apps crashed repeatedly and had to re start the phone to then operate smoothly. This is because the Moto X Play runs on an octa_core Qualcomm Snapdragon 615 chipset having 2GB RAM, which is a little inferior than the Snapdragon 810 used by other high end competitors, but at the price the Motorola is available such compromises is to be expected

The Moto X Play offers camera which has huge upgrade over its predecessors and has a 21 megapixel camera at the back, and in front a5 megapixel front facing camera. The dual LED flashes on the rear camera include Colour Correlated Temperature features, which again helps keep colours precise when using the flash. The default camera app is uncomfortable to use, and a couple of times you tend to miss the shot, as you cannot get the zoom and focus functions on to the work. It is also water resistant.

On the whole it is a very good device for the price it is available, with a clean Android experience and a long battery life.