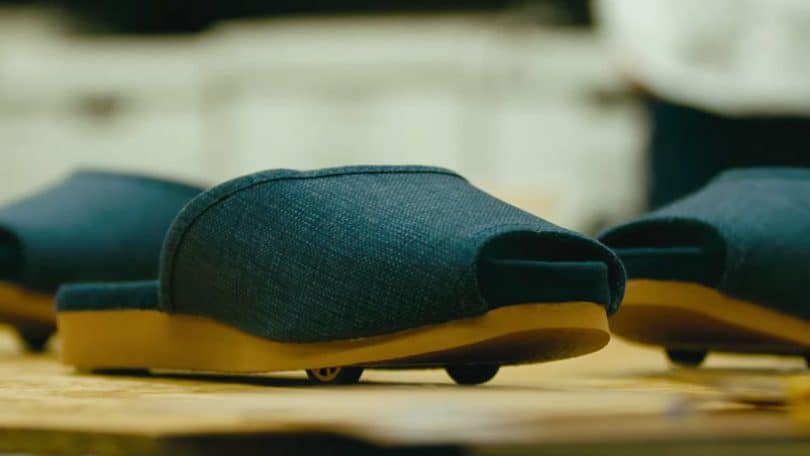 Autonomous slippers that park alone. Yes, the innovation that the world expected. Ok, maybe not everyone, but that is quite curious, it certainly is. And is that Nissan is taking advantage of the capabilities of its ProPilot technology to demonstrate, once again, that it is not limited to their cars, but to any type of object or item.

Yes, it is a clear marketing campaign, but unlike the others, it stands out for its originality and type of approach, where the aim is to explain how technology created for cars works in a field easier to understand for any type of user, as in this case the slippers.

If you are familiar with this type of strategy is because it is not the first time that Nissan shows something like that, we saw it with office chairs equipped with automatic parking technology, as well as autonomous chairs to queue and so not have to be lifting up.

Well, now Nissan has gotten into a Ryokan, which is a kind of traditional Japanese inn, where it has decided to implement its semi-autonomous ProPilot driving technology to objects such as tables, cushions and even slippers. The aim of this was to first demonstrate the capabilities of their system, and second, to surprise the guests.

As we see in the video, each of the objects equipped with ProPilot are able to return to a specific location after being moved and are no longer being used. A simple way to explain how your technology works in cars for when you need the car to park without user intervention.

In the case of the slippers, they were adapted two tiny wheels, sensors and a small electric motor. With this, it was only necessary to set a specific location within the room and ready, by pressing a button within a mobile application is sent a signal via bluetooth so that each slipper returns to your site.

For those interested in knowing this technology and try it first hand in the slippers and some other objects, Nissan will have it implemented publicly as of March of this 2018 in the Ryokan that they have baptized as ProPilot Park, which will be located in the city of Hakone, southwest of Tokyo.