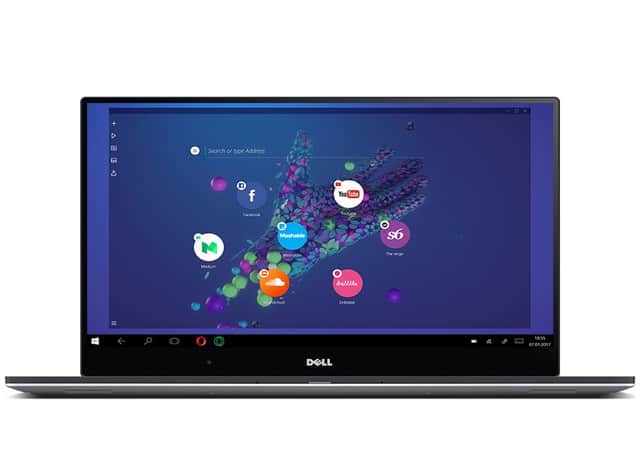 Opera Neon has be refreshingly new design attributes which includes it being canvassing the screen which a transparent glow. It would come as a surprise that Opera is turning 21 this year. Most of the technology companies simply perishes within such time as it fails to its usability or becomes obsolete among the eyes of the users but Opera as held its ground firmly since 1994. It began as a noble research program from Telenor which is a Norwegian telecommunications company.

Over the years Opera established itself as a separate entity from its parent company and went on to bring its web browser and apps on almost all kind of operation system ranging from Windows OS, Android platform, iOS platform to even gaming consoles such as Nintendo’s DS Wii consoles.

Opera Neon has be refreshingly new design attributes which includes it being canvassing the screen which a transparent glow.  has favicon bubble which stores the tabs and its remains at the right side of the web browser.

It also brings a split screen which enables users to have two webpages side by side for multitasking and this feature was earlier seen on a number of mobile devices and in the multi-window mode on the Windows. It offer some cool features which includes swift capturing of screenshots, enhanced media control panel and ads. 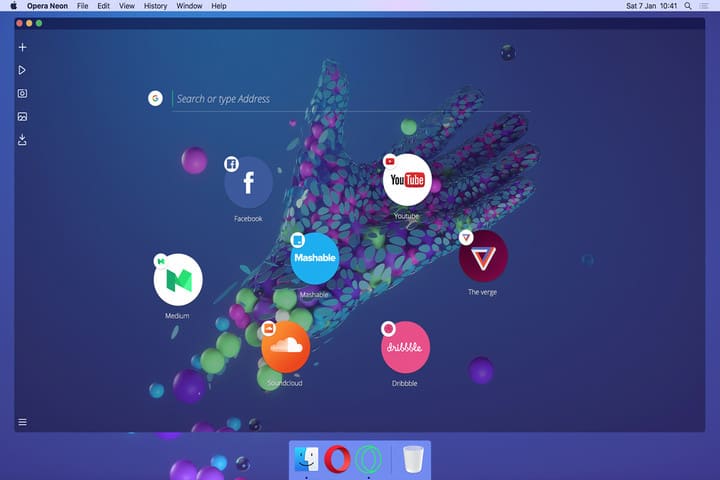 Opera Neon is faster and interactive on a new level

Opera Neon has be refreshingly new design attributes which includes it being canvassing the screen which a transparent glow.  makes use of Opera’s own Blink engine thereby infusing it with some great features and enhancements.

It offers pop out windows for the video playback which does away with need of managing a separate window for watching videos. Opera has integrated an ‘intelligent system’ for the efficient management of the tabs on Opera Neon. This system automatically pushes out the frequently visited WebPages right to the top of the browser while keeping less-used ones at the bottom.

The low-points of Opera Neon

Opera Neon has be refreshingly new design attributes which includes it being canvassing the screen which a transparent glow.  does have some low points which might compel users to use it sparingly. It doesn’t have extensions supports which are widely seen on the Chrome and Firefox extensions.

Secondly Opera Neon isn’t a full grown web browser rather it is a conceptual browser, it isn’t going to replace the traditional Opera browser anytime soon which is another bummer. However Opera is going t bring consistent updates and bug fixes on both of its web browser in the future which is a good sign.

Opera Neon can turn into most popular web browser

Opera has been in the web-browser for over two decades but its browser never featured in the most popular list. Quite incidentally it commands less than 10 percent of the total popularity of its browser for over a decade. However it does have a loyal fan base which swears by its range of innovative features which has been as per the need of the hours and it includes data & video compression, ad blocking functionality and a sophisticated built-in VPN.

Opera browser is known for its performance which is faster and smarter than most of the browser in the market and Neon is expected to turn it into the most favored and popular web browser.