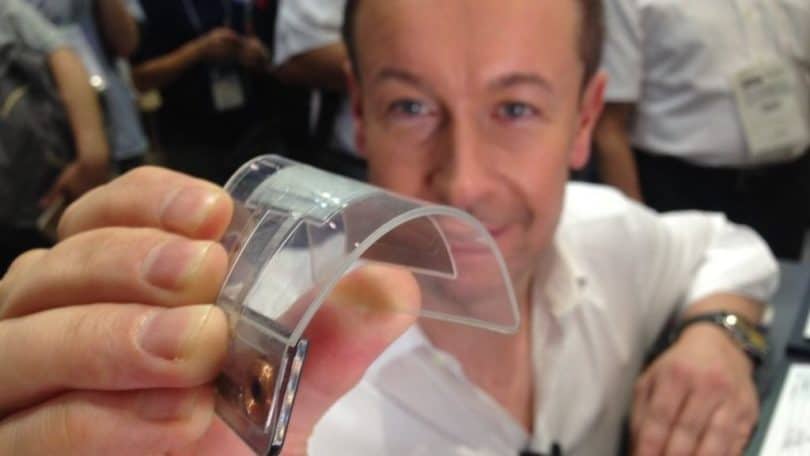 Panasonic had unveiled a lithium ion flexible battery at the Japanese technology fair Ceatec which would be utilised in wearable like watches, smart clothing and fitness bands. At this stage, its ability tends to be small which means that it would not be appropriate for power-intensive smartphones.

According to the experts flexible battery is an exciting development though Panasonic had not been the first company to work on it.  An analyst with the research company, CCS, Ben Wood, had informed BBC that `other manufacturers like LG and Samsung have also been putting in great efforts in more flexible technology, in the form of batteries, screens or more.

He commented saying `I’d wager that Panasonic’s new flexible battery technology is just one piece of a more difficult puzzle and it will be some time before we see truly disruptive device emerging’. The Panasonic flexible battery which is designed for use in `card type and wearable devices is 0.55mm thick having a maximum bend of around 25 degrees.

The company has mentioned that the flexible battery can retain its characteristics after being bent repeatedly. Smart cards which are often carried in wallet and pockets need internal components which can endure bending and twisting and can also get damaged when they are bent.

For some time now, curved smartphones have been around, though the foldable display tends to be intangible. With the creation of such type of flexible battery, it could deliver possibility for disruptive new curved designs, according to Mr Wood, something which all manufacturers craved as they seek to supply exciting new devices in the growing sea of monotony that characterise electronic products’.

However, he added that there seems to be a challenge in the future.He also mentioned that flexible batteries alone do not solve the design trials as the other materials and modules also require being flexible.It is said that Samsung has been working on a flexible phone and the recent patents released on Patently Mobile seemed to portray designs for a rolled up smartphone. The flexible battery of Panasonic would start shipping towards the end of October, according to the company.

Not Destined to Be Included in Smartphones

Though the product development tends to progress with the final drive of mass production, Panasonic seems keen in making its flexible battery much more slimmer to be included in several IoT devices like card and wearable devices. The distress comes in from the fact that the nominal capacity for lithium-ion flexible battery of Panasonic is said to be high as 60mAh, which means that they are not destined to be included in smartphones.

The two smaller models would be shipped the following month also with a small capacity of around 17.5mAh and 40mAh.   It is expected that the new technology could be applied to bigger capacity batteries, or we will not be seeing any true flexible smartphones on the market any time before long. The lithium-ion flexible battery tends to have the following features: