Windows 10 has been launched recently and for Microsoft it could probably be the most important Windows release. The company intends changing after 30 years to new business model, new release strategy, new controls on updates and perhaps changes in everything.

The question now raised is should upgrade to Windows 10 be done? The option of upgrading will depend on individuals’ requirements and concerns. Windows 10 is said to be free since Microsoft had waited to clear up this issue till July 17th though its lifecycle support page indicates that users Mainstream support, with the addition of new features, would continue till October 13, 2020 while the Extended Support – security updates would last till October 15, 2025.

These life spans fall in line with the earlier paid editions of Windows with the plans that Microsoft has for `Windows as a service’ for the future and users could sit on Windows 10 without much worry till the end of Extended Support in 2025. Users can only upgrade to Windows 10 free if it is done within 12 months of release, which is from July 29th 2016 while if upgrade is done outside this period, then users would have to pay for the standard retail cost of $119.99 for `Windows 10 Home’ and $199.99 for `Windows 10 Pro’. 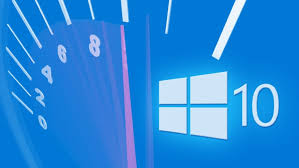 Windows 10 tends to run on all desktops, laptops, tables as well as phones and though the codebase remains the same, user interfaces may differ.

It has a lot of benefit, the best being `Continuum’ which is similar to that of Apple’s `Handoff’ enabling the user to pick up from where they had left off on one device and proceed on another device. In fact, Microsoft is catching up as Handoff together with several Cloud based products of Google such as Doc, Sheets and Maps enabling us to do something similar though Continuum also is one step ahead.

Windows 10 designed apps tend to run on any device and there are no such things as a phone apps or PC apps, infact they are the same thing. Legacy programs are excluded from this. Office 2007 will not run on the phone however, Office for Windows 10 could do it.

With regards to specific Windows 10 tentpoles, the biggest is Cortana. Moreover Microsoft’s Windows Phone voice assistant and Siri rival is now included into Windows 10 enabling to get queries to all the answers in a few seconds.

Cortana can also control core commands such as opening browser, creating a new email, set reminders as well as calendar appointments and much more and just like the other voice assistants, Cortana is far from perfect. However for those who are not too self-conscious to talk to their computers, she isan amazing addition which will seem to get better in course of time.

Windows 10 works and seems to be like a hybrid of Windows 7 and Windows 8 and is perhaps what the latter should have been in the initial place. It tends to have great security, is fast and the Start menu is back which is appreciated by Windows 7 users, especially those who had not preferred Windows 8.