Skreemr, the latest new concept design if it is developed would probably carry 75 passengers from London to New York in 30 minutes. A patent for supersonic airlines was granted to Airbus in July which would fly from New York to London in 90 minutes. Lockheed Martin had announced last year that it was working on a supersonic airliner with NASA, which would be flying from New York to LA in 2.5 hours. Now we have Skreemr which seems sensual especially to an aviation engineer.

Skreemr’s concept designer, Charles Bombardier together with artist Ray Mattison recommend that this plane would be powered by a scramjet engine and unlike conventional jet engines, the scramjet engine has almost no moving parts. Scramjet engines, different from the rockets tend to burn oxygen from the atmosphere rather than having to carry heavy tanks of oxygen. In 2013, the Pentagon had launched a small, unmanned scramjet aircraft which had hit Mach 5, five times the speed of sound. Bombardier, an inventor is known for his visionary transportation concepts. A few of his unique ideas have been posted on his website which include a `futuristic, electric driverless hearse, a sail boat drone and a military submersible aircraft known as Subplane. 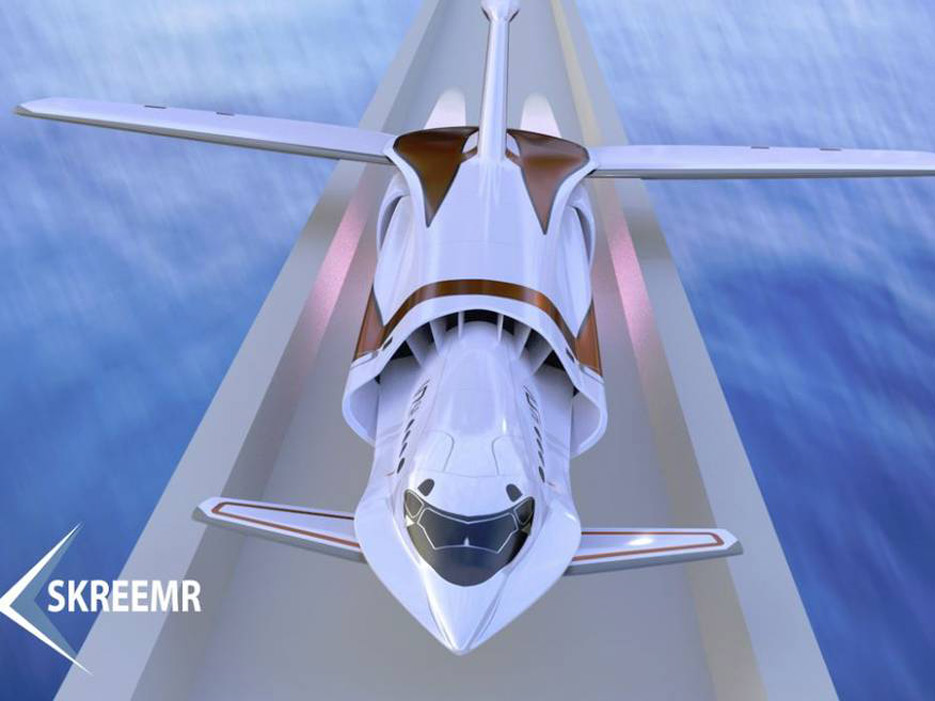 Bombardier admits that Skreemr is far from reality and he writes that there could be a possibility for Skreemr maybe in the near future to fly passengers across oceans at very high speed. Scramjet seems to be decades away from commercial airliners with several technical challenges which the engineers need to overcome. The biggest issue is heat. Objects travelling across Mach 5 tend to reach up to 980 C with a limit to the kind of material which can withstand those forms of temperature. Sonic boom is all though guaranteed when an object tends to break the sound barrier and seems to be a danger in urban areas. This means that the Skreemr can travel only at supersonic speeds on passing over undeveloped zones. The Skreemr will launch with electric launch system enabling it to speed up at a high speed before igniting liquid oxygen and kerosene rockets in helping to reach Mach 5, the point at which the scramjet engine would kick in. 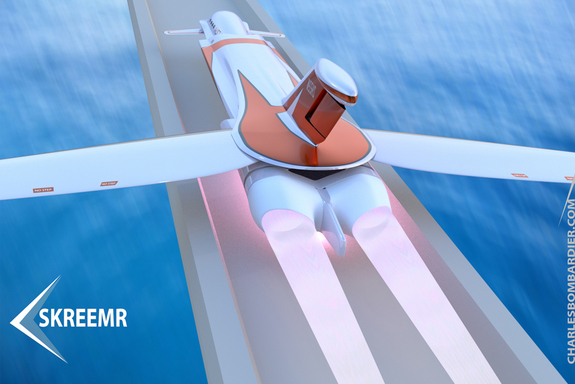 Another alternative is that the plane would launch minus the rockets firstly and switch to the scramjet engine when it only flies over the ocean. Reaction Engines with joint funding by the UK and BAE System are developing a hybrid rocket and jet engine, which would probably one day lead to a new supersonic airliner. Supersonic travel seems to be expensive and people do not wish to pay for it. This could be the reason the Concorde had stopped flying twelve year back. The planes seemed to be making less income while putting up with daunting fiscal hurdles. A group known as Club Concorde had raised £120 million to bring back the Concorde. As per Telegraph newspaper, the organisation describing its members as ex-captains, ex-charterers and people who are passionate about Concorde, expect to get one of the decommissioned aircraft back by 2019.