Cyber attacks don’t seem to be closing down at any moment. Even at the very end of the cyber attack ridden year BBC website get hit by a cyber attack on last Thursday. It was a large scale cyber scale attack which affected the BBC’s online services which include the news website and iPlayer catch up TV platform. Both services were down on Thursday as per the reports revealed by the British broadcaster. 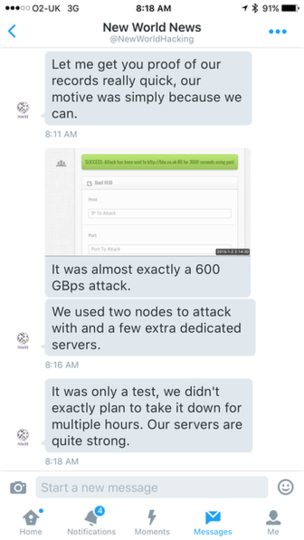 BBC sites ranks just behind Google and Facebook in UK

BBC simply happens to be the prime target for the cyber criminals as it has a whopping traffic count which ranks just behind Google and Facebook. After suffering from the cyber attack the BBC website started showing error messages to the users rather than the content.

It is worth noting that Forbes had also been hit by a cyber attack few months back when it’s ‘Thought of the Day’ flash widget was infected. The cyber criminals have cunningly inserted a malware infection inside the widget which usually appears whenever a visitor tries to access the Forbes main page. Simply by trying to load the Forbes page in the browser resulted in getting the user’s browser infected with the malware.

BBC will have to ensure that its website is as healthy and good to go before bringing it live for its millions of users. If such measures are not taken by the BBC then it will again see a widespread malware attack just like Forbes example. 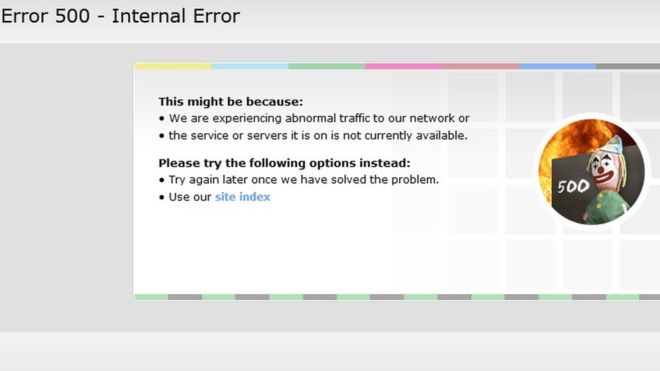 DDoS attack leads to shutting down of online services

The British Broadcaster has itself reorted that it has been hit a distributed denial of service or DDoS attack. DDoS attack is quite a popular form of cyber attack technique used by the cyber criminals throughout the world to disrupt the online services and websites.

In a distributed denial of service (DDoS) attack the targeted online service is brought down by overwhelming its traffic from multiple sources at once. This leads to the crash of server handling the sudden surge in the traffic and causes the website to malfunction or simply to go down without notice. The time frame for coping up the DDoS attack is rather small which makes it the best for the cyber criminal to disrupt online services and to cause millions of dollars in operational loss to the targeted websites. DDoS attack is used to target variety of websites from the financial ones to the news websites which shows a major challenge for the website to safeguard the private information and access to the information for the users.

In a peculiar set of events the BBC press office has refused to either confirm or deny bring hit by an attack. BBC Press simply stated that they are aware of a technical issue which is affecting its website and they are continuously working on to fix it.

The so called cyber attack had hit at 1145 GMT but BBC sites and services were backed up online and started working normally within a short time.