Mind Cloning can be possible by imagining the brain at the 10 micron scale with Subcellular Resolution MRI. Technological advancement has brought new machines and drugs into existence; however, when it comes to understanding the connectivity matrix of the brain or the net-list, even neuroscientists are falling under the same categories as all of us. Most of the neuroscientists are investing a lot of time and money in various projects which are targeted towards understanding this link. The aim of the projects is to able to reconstruct a 3D model of the brain from nearly impossible thin slices which have been collected either through pealing or by means of etching the gallium ion beams. These are then scanned through multi-beam electron microscopes for better visual images. From my point of view, it is better for scientists and researcher to arrive at this stage without the need of slicing or shaving any part of the brain.

Researchers from the University of Florida have been able to find a possible way through which the resolution of non-invasive MRI can be extended and brought down to the 10um range. This looks to be completely opposite to what has been stated in the unwritten Moore’s law of MRI, about the physical limitations and the capability of the technology. The researchers recommend that the first requirement of conducting this study is the change the technique name. They stated that anything more than a 100um^3 voxel resolution should still be considered as MRI, but anything below this level can be called with the new term MRM, that is magnetic resonance microscopy. 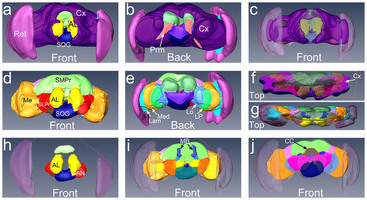 According to the reports published in the Scientific Reports journal, the main issue is not about using a super strong magnet, but it is about strong and equally fast-switching gradients like the coils that are provided in the grading field to impose the location information and if possible the highly sensitive RF detector coils. These RF coils have the ability to take any form, but the scientist used a simple flat surface coil. They further added that the sensitivity of the coil is inversely proportional to its size. This is the reason why small coils are better for imaging small parts of brain of small brain. The main trick lies in the hands of the so called connectomists to get these coils to the précised spot either vasculature or the ventricles of the brain.

The researchers were able to develop images on an individual neuritis scale by combining different means of energizing as well as reading these coils. Contrary to what is generally used, the researchers opted to use the endogenous water surrounding the cells to create the contrast. This technique is also called as the diffusion MRI. Imaging a live brain will allow researchers to view the static brain as well as they will be able to record the change as well. This clearly comes to an aid of the patients who are worried about their brains to become a piece of meat. The most important benefit of this technology will be the definition of the the cellular basis of actual MRI.