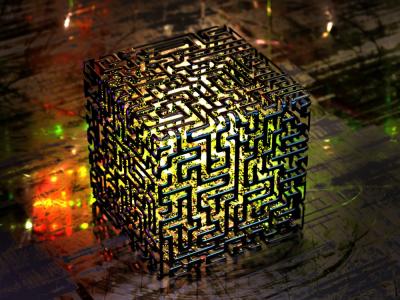 The material, quantum perovskite, could be used in the future for computers to discard information they do not need for the benefit of new data.

Memory and forgetting are tools (the second involuntary) of our brain, which serve to store and retrieve information, as well as to stop remembering that information. For its proper functioning, the brain needs both functions.

What if we could get the machines to act in the same way? In an attempt to give machines this great flexibility of the human brain (and create the ultimate learning machines), a team of scientists from the Argonne National Laboratory of the US Department of Energy. UU., In collaboration with the Brookhaven National Laboratory and three universities, have discovered for the first time that there is a material in nature with the ability to forget in the same way that our brain does.

Such material would act in a similar way to the mechanisms that biology uses to retain and process information. To do this, they conducted an experiment that combined simulation of supercomputers and X-ray characterization of a material that is gradually “forgotten”, the perovskite.

The material, called quantum perovskite, offers us a simpler non-biological model of what the function of “forgetting” would represent at the electronic level. The perovskite, discovered in 1839, at the foot of the Ural Mountains by the Berlin geologist Gustav Rose, shows an adaptive response when protons are inserted and eliminated repeatedly, which resembles this human brain mechanism to which we refer.

Thus, “when scientists add or remove a proton from the perovskite grid, the atomic structure of the material expands or contracts dramatically to adapt to a process called ‘reticular respiration,'” says Badri Narayanan, co-author of the study.

A fascinating event at the quantum level

Experts explain that as this process is repeated, the material modifies its properties to adapt to its unusual environment until eventually, it seems to “forget” that things were once different. It is the first known mechanism outside a biological brain that is capable of mimicking neurological forgetting.

Depending on the response of the material when adding or removing protons, we could program it as a computer, to control, for example, whether the perovskite would allow a current or not. Thanks to this discovery, AIs may be much more advanced and possess this ‘neurological’ complexity and flexibility that characterizes the human brain but which we find difficult to adapt to the non-natural environment.

How will this material work in a biological brain? It is another of the questions that arise after the interesting discovery.