The screenshots are an ideal tool to show an element of our computer, a page that we are seeing, an open document. Making a screenshot or screenshot is not new. We have been doing it for decades, from the first personal computers with Print Screen key. Now ShareX, capture the screen in the form of an image is very easy, both from Windows, Mac and Linux and from iPhone, iPad or your Android smartphone or tablet.

But from time to time tools that make a difference appear and once installed it is difficult to stop using them, such as ShareX.

ShareX is an app for Windows that allows you to take screenshots of all kinds. In this sense, offers a host of options that we will see below. And, in addition, once the capture is done, it facilitates the task of sharing it on the Internet, since it integrates several online storage services, both for images and for files in general.

Let’s see why you should start using ShareX right now.

The usual thing is to capture the entire screen or desktop. At most, we can capture a window or a region. And here ShareX has a lot to contribute. 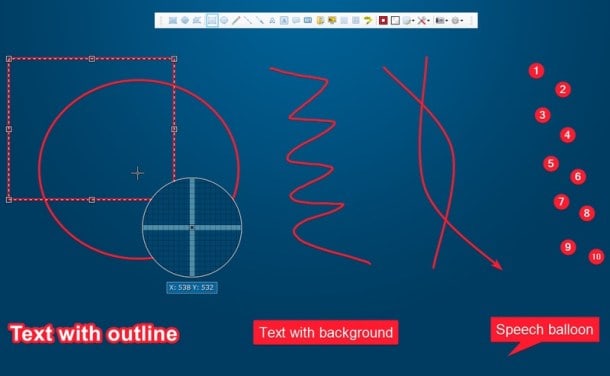 A full screen capture, active window and region, join more options: capture a Windows menu, make a GIF or a video instead of a static image, capture a web page (with the incentive to capture very long pages through scrolling), capture text from an image using OCR, make a scheduled capture …

In short, ShareX allows you to capture only what you want and not everything you see on the screen. Moreover, in the case of the capture of a fragment or region, you can choose between rectangle, circle or freehand.

Another problem that we can find when obtaining a screenshot is that we want to contribute our grain of sand, either by writing something on it or highlighting an element with an arrow or a colored rectangle. 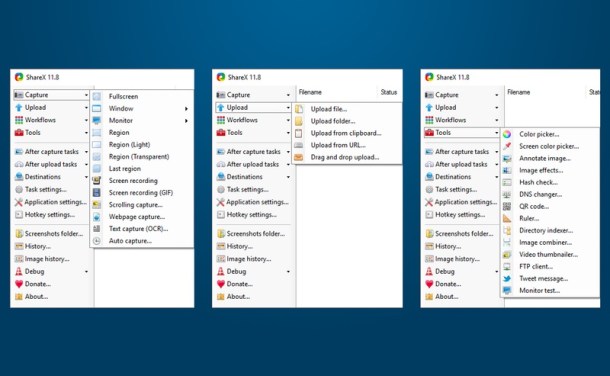 ShareX facilitates the editing of screenshots by adding arrows, rectangles, circles, lines, text, blurring or pixeling something you do not want to show (personal data), showing the mouse cursor … You can even highlight something with fluorescent markers or insert images. And, of course, you can cut the edges if they do not fit.

The popularity of screenshots is largely due to the fact that they are easy to share through any social network or communication app, since they support the sending of images.

ShareX makes it a little easier for you, since it helps us upload the screenshots to the Internet in services such as Imgur, ImageShack, TinyPic, Flickr or Twitter itself.

And not just images. If you want to share text fragments, accounts with integration with Pastebin, Slexy or Pastie, among others. And to share files of any type and size, ShareX gets along well with Dropbox, OneDrive, Google Drive, Pushbullet, Box, MediaFire and many more.

As we have seen, what should be a simple application to obtain screen captures offers a series of additional functions that speed up the task of capturing something in the image as well as sharing images, files or links.

But ShareX does not stop there. From its Tools menu we will have small tools for day to day, as a color grabber (to know what concrete color any element of the screen uses), image effects, digital rule, image thumbnail generator for images and videos, combiner of images, QR code reader, etc.

ShareX is available exclusively for Windows. That it is not for Linux and Mac is one of its few defects. Another interesting detail is that it is a free, open source app that is updated every so often.