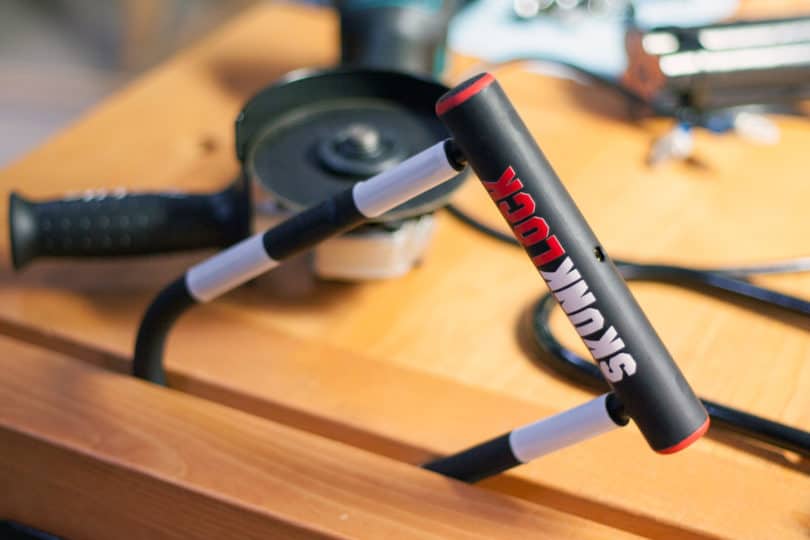 It would come as a surprise that stealing of bicycles is a major issue which is found in all the metro cities. It has been found that about 1.5 millions bicycles are stolen each year. It doesn’t matter how strong your lock is, thieves are experts at finding a way to break it and steal it. In order to counter the stealing of bicycles a group of researchers has came up with an innovative lock which has the capability to induce sickness among the thieves. SkunkLock is the answer to prayers of bicycle owners who always live under the fear of being robbed of their environment friendly mode of transport. SkunkLock might appear like other order lock in U-shaped design but it carefully conceals a secret weapon which thwarts attempt at stealing bicycles.

The chemical used by SkunkLock

This lock contains a noxious kind of chemical brew which temporarily disables the thieves by causing them to vomit. It also makes it difficult to breathe which helps in raising the awareness among the public that someone is sick due to the use of this amazing cloud of chemical. 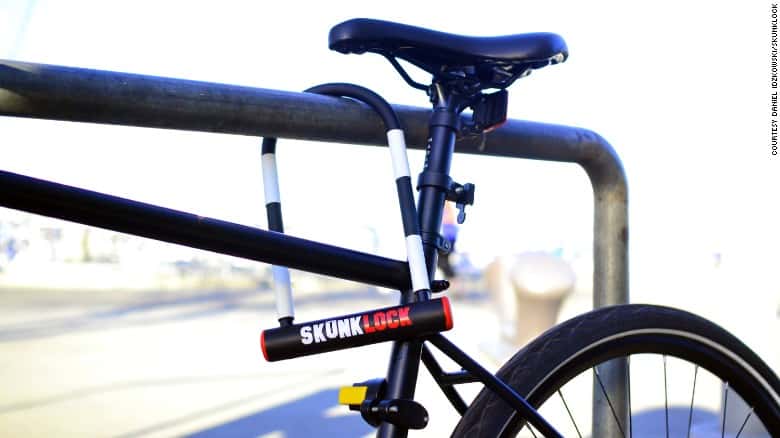 SkunkLock has been designed by two young entrepreneur called Yves Perrenoud and Daniel Idzkowski. Currently they are looking a crowdfunding investment of about $20,000 on various platforms in order to raise money for production of SkunkLock.

It will be tough to secure investment for this ambitious product though it offers great utility for the target audience. Turning it into a viable commercial product is a major challenge for the creators at the moment.

The secret formula behind SkunkLock

The lock creators are extremely secretive about the chemicals used in creating the formula which helped in inducing sickness among the people who tries unsuccessfully to break the lock. This formula has been code named as Formula D_1 and it has gone through rigorous testing to ensure that it is completely legal as well as safe for fellow human beings.

Creators have cheekily stated that this chemical is made up of fatty acids which can easily be found in everyday products. This lock does appear to do the job perfectly and it might even help in creating a buzz among the thieves to stay away from such bicycles which feature this lock.

Though users are a smarter breed they might start painting stripes on the locks to mimic the advantage of this product in order to keep thieves at bay. On hearing this though creators expressed their thoughts by stating it will be great advantage for the product as it will increase SkunkLock popularity and reach to a wider audience than it was earlier estimated.

If people start cloning this lock by painting their locks then it will point that Skunklock is gaining popularity and it does the perfection. Currently Skunklock creators are looking for investment in order to takes product to the target audience and if their bid happens to be successful then it will hit the market by 2017 summer.