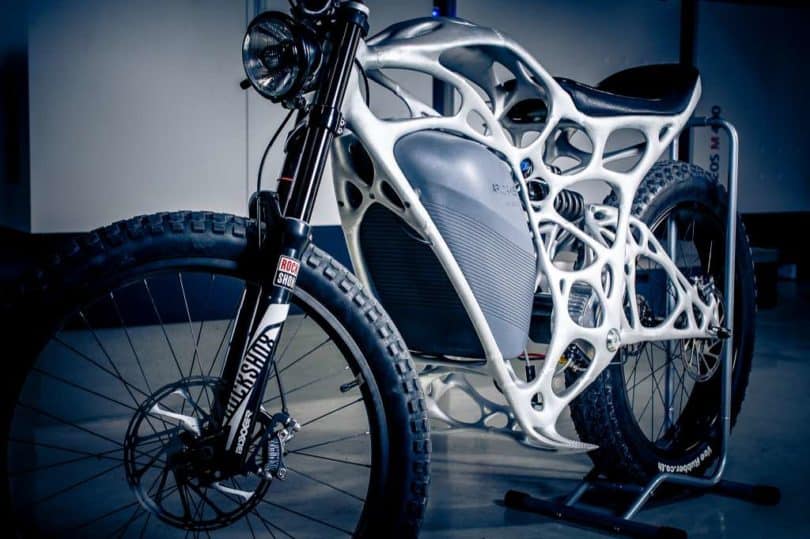 European aeronautic giant Airbus has recently revealed the `Light Rider’ in Germany which has been manufactured by its subsidiary APWorks, a professional in additive layer manufacturing wherein the  motorcycle utilised hollow frame parts which tend to contain the cables and the pipes.What weighs 77 pounds and goes 50 mph the Light Rider looks like a Swiss cheese on wheels, an 3D Printed electric motorcycle which is made from tiny aluminium alloy particles with 3D printer. The frame tends to weigh around 13 pounds and is around 30% less than the conventional e-motorbikes. 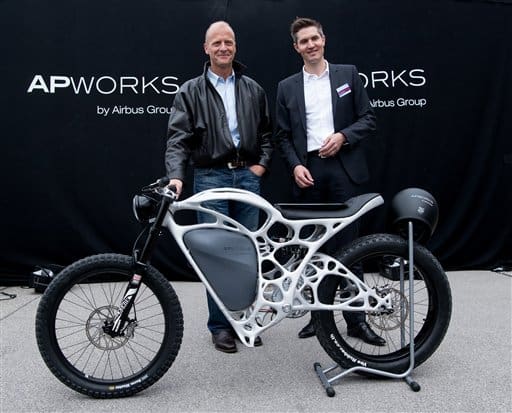 Joachim Zettler, the chief executive of APWorks had stated that the complex, branched hollow structure would not have been possible with conventional production technologies like milling or welding. He further added that advances in additive layer manufacturing have enabled them to realize the bionic design envisioned for the motorcycle without the need of any major changes.The limitations facing conventional manufacturing tend to disappear with these technologies. The company would be taking orders of a limited run of about 50 motorbikes which would be priced at 50,000 euros with the addition of tax for each and would be having a range of 37 miles. 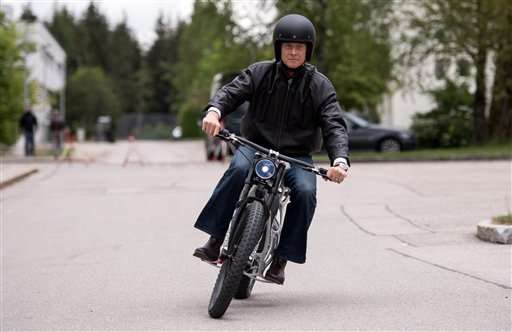 APWorks tends to use a procedure in developing the Light Riders’ enhanced structure in keeping the weight at the minimum while at the same time ensuring that the frame of the motorcycle is adequately strong in handling the weight loads as well as stresses of the daily driving scenarios.It has programmed the system to utilise bionic structures together with natural growth process and patterns as the base in the development of strong though lightweight structure. The design of the Light Riders has the form of a conventional motorcycle though looks like a distant relative of the prevailing motorbikes.

Each 3D printed portion of the frame of Light Rider tends to produce a selective 3D laser printing system which melts millions of aluminium alloy particles together comprising of thousands of thin layers of only 60 microns thick.   APWorks taking the benefit of 3D printing technology has designed frame parts which are hollow rather than solid that has enabled the integrated cables, pipes and screw-on points in the concluded structure of the motorcycle which has resulted in a dramatic 30% weight reduction over motorcycles that are produced by conventional manufacturing techniques. 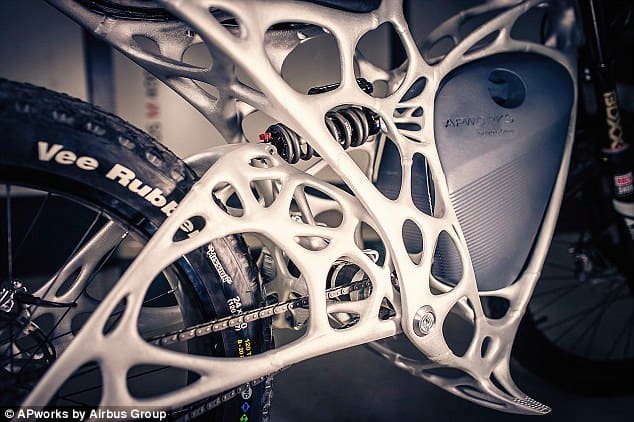 Zettler had commented that they have further harnessed the benefit of metallic 3D printing by using their own proprietary material – Scalmalloy in the construction of the frame, which is a corrosion resistant aluminium alloy that is almost as strong as titanium.

The material, precisely developed for ALM based production tends to combine high strength with an extraordinary level of ductility, which makes it an especially interesting material to be used for extremely solicited parts in lightweight robotics, aerospace and automotive applications. Considering at what Light Rider can do, the manufacturers state that the bike seems to be a great substitute in commuting across the town.  The autonomy of the battery seems to be 40 miles and utilising a simple replacement could double the distance.