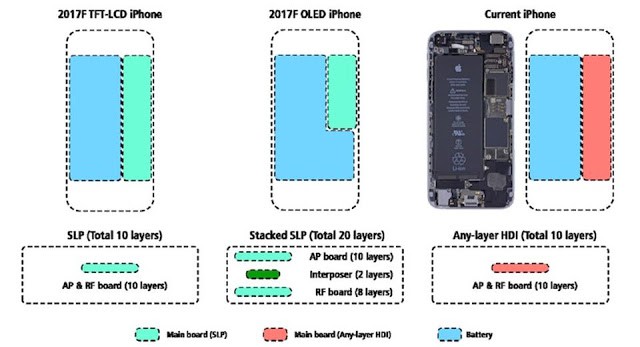 Apple iPhone 8 rumors are not going to wither away soon because each day we are bombarded by new information even though this smartphone will not release before September. Currently it has been rumored that Apple will be bringing the wireless charging support on iPhone 8 in order to bring respite to millions of users who are fed up with battery issue on iPhone lineup.

iPhone is known for poor battery performance which has been improved mildly by Apple in last couple of years but it doesn’t bring proper solution to the battery drainage issue.

A KGI Securities analyst named Ming-Chi Kuohas asserted that Apple choice in bringing the wireless charging technology on iPhone will certainly help in offering longer usage period between charges to the end users.

Among a number of rumors which are surrounding the Apple iPhone 8 is that it will be redesigning the internal components. This move will help Apple in making space for stacking a bigger battery in 4.7 inch iPhone from the 1960 mAh to the 2700 mAh.

iPhone 7 Plus already has this range of battery which allows users have a better battery life on the Plus models rather the smaller models. This rumor has been unearthed by the MacRumors but no official confirmation has been made by the Apple.

Having a bigger battery on iPhone 8 will certainly help in making most of the rumored energy efficient OLED display. This would simply translate into longer wait between charging periods for the users which have been a consistent complaint from the consumers for years.

Extending battery is the need for Apple

Apple iPhone 7 failed to excite the users or brings answers to age-old problems associated with iPhone lineup i.e. battery in the commendable fashion. Therefore going for a redesign for the internal component in order to extent the battery size is a right and sensible choice for the Apple.

In just half a decade we have seen major breakthroughs made by the battery material technology which has enabled OEMs to bring higher battery capacity on the Android devices. Another big rumor which is associated with iPhone 8 is that it will support the wireless charging.

It must be noted that 2017 also happens to be the tenth anniversary year for the iPhone, therefore the rumors are going on killing spree to bring widest range of features on the iPhone 8. Though all of it might or not make their way into the iPhone 8 but all this rumor does makes it crystal clear that Apple is certainly going to enhance the battery life for the betterment of the end consumers.

A patent has also been filed by the Apple which will result in doing away with the iconic home button and bringthe fingerprint scanner built right into the entire screen. And there will be three iPhones this year which will include iPhone 7s, iPhone 7s Plus and iPhone 8.