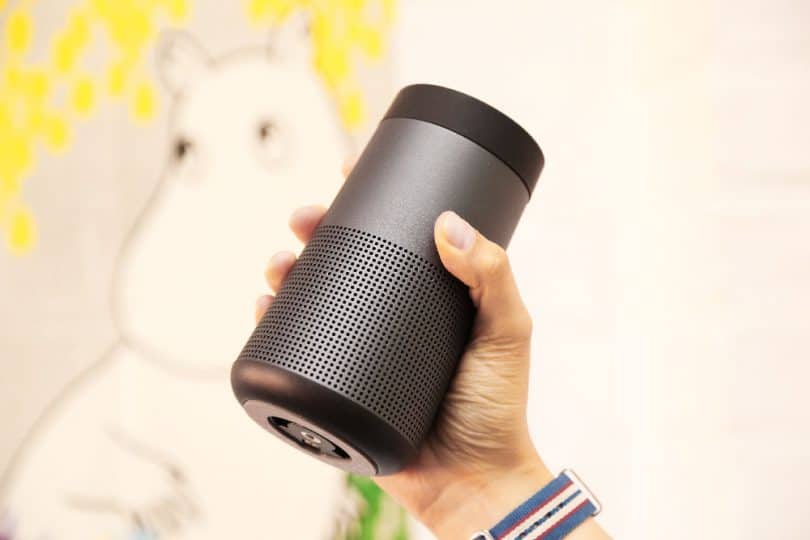 Over the past few months, our gadget experts have tested all the Bluetooth speakers that they got their hands on. We’ll introduce you to the best. So that you can find the right one for you, whether for the party at the lake or your desk.

Bose Soundlink Revolve – the best for the road

The Revolve is already clearly distinguished from its predecessor, the Soundlink Mini II, thanks to its new design. The cone-shaped shape not only makes for a more gripping look, but also provides a 360-degree sound. A feature without which a high-end speaker today is incomplete. And the sound really impressed us: thinned centers provide a clear, penetrating sound that is nevertheless equipped with a proper bass. So almost every genre, from stadium rock to classic, was equipped with a good sound.

The chic design, however, with 670 grams also has a lot of weight. The recharge time is not huge with 12 hours, but is sufficient. Anyone who likes to work with voice commands will also be happy about the integration of Siri and Google Now. For us the Soundlink Revolve is currently the best high-end Bluetooth speaker to go. It costs 229.90 euros. 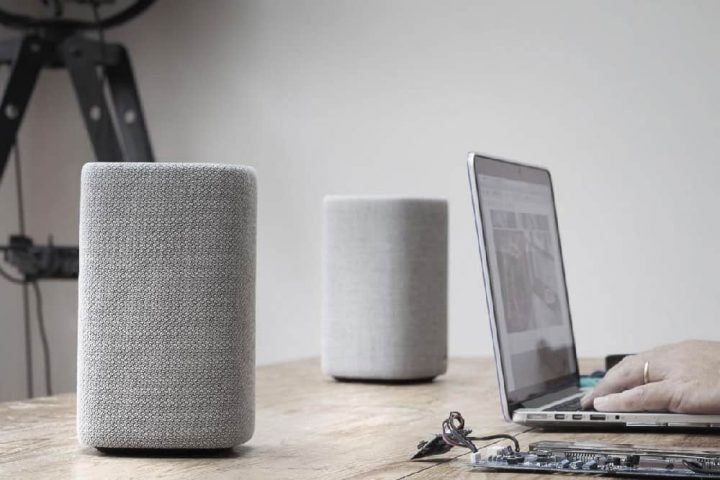 The Cambridge Yoyo series of portable loudspeakers are already noticeable in their combed wool fabric cover. On the desk or in the bookshelves, the Yoyo boxes are really good. This means that the range of applications is already clearly defined: the speakers are only suitable for domestic use. Each box has two built-in speakers, one for the treble and mid-range and one for the bass. The result is a very balanced stereo sound, which has significantly more power than a single monobox.

The control elements on the boxes are actually a good idea, but proved to be little intuitive in the test. On wiping movements, the boxes react more, sometimes less exactly. Normal buttons would have been better in the case. We control our Bluetooth boxes but mostly anyway via the smartphone, so this was a defect. Because everything else was right, the Cambridge Audio Yoyo was the best stereo system for us at home – at least if you had enough room for it. The price: 349 euros. 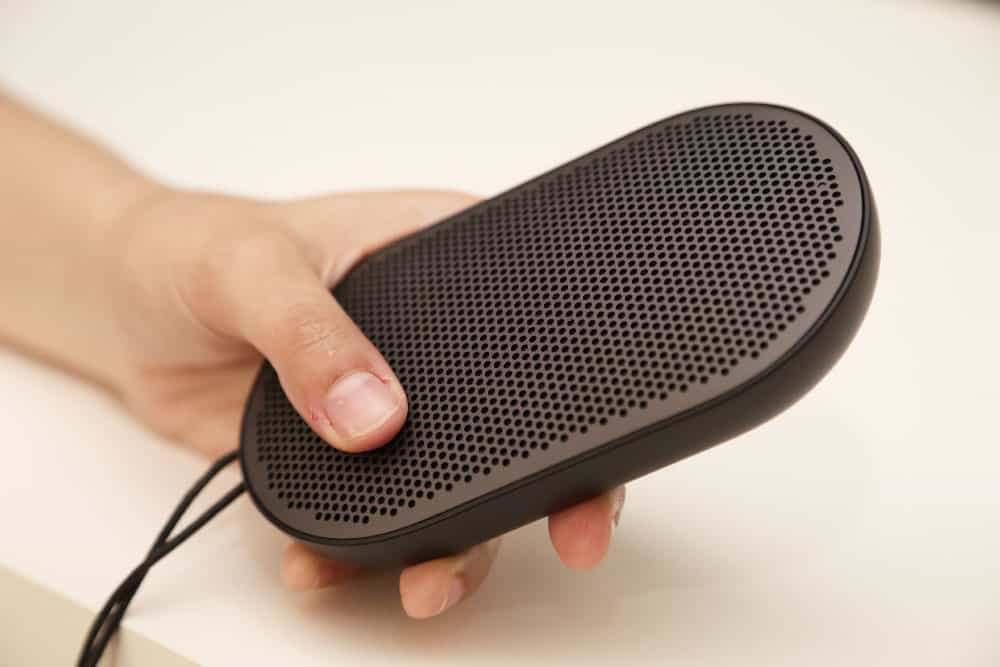 The Beoplay P2 is a handy small flounder, which, unlike many other boxes, does not offer any control directly on the device. The P2 is very high-quality processed and with its aluminum sheathing appealing and discreet. With a weight of 275 grams it is still good for a trip and the loop on the device is big enough to find a suitable place for hanging.

Of course you have to be prepared for the sound because of the compact size. The bass is amazingly good, considering the outer dimensions of just 14 x 8 centimeters. However, it was also noticed in the test that some frequencies were strangely strongly emphasized and a noise is set when the volume is turned to the absolute maximum. But if you are looking for an elegant and high-quality loudspeaker for the road, you will not find anything better than P2. It costs 169 euros. 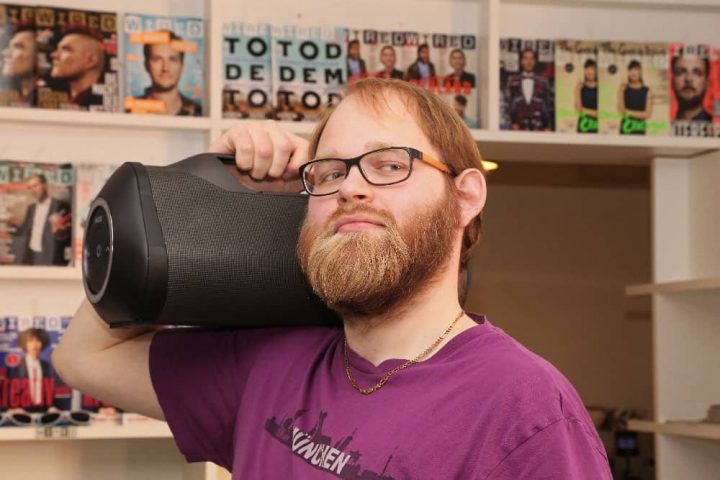 The Monster Blaster is a Bluetooth speaker for real Prolo gangsters. Like a ghetto truck, you grab it on the shoulder, then show with fat beats in the neighborhood presence. And yes, the monster blaster does justice to his name: he is really incredibly loud, with booming basses, which do not snarl and remain clear, too. This is a niche product that only a few of you can use. But it is one that makes his job really good. Costs: 399 euros. 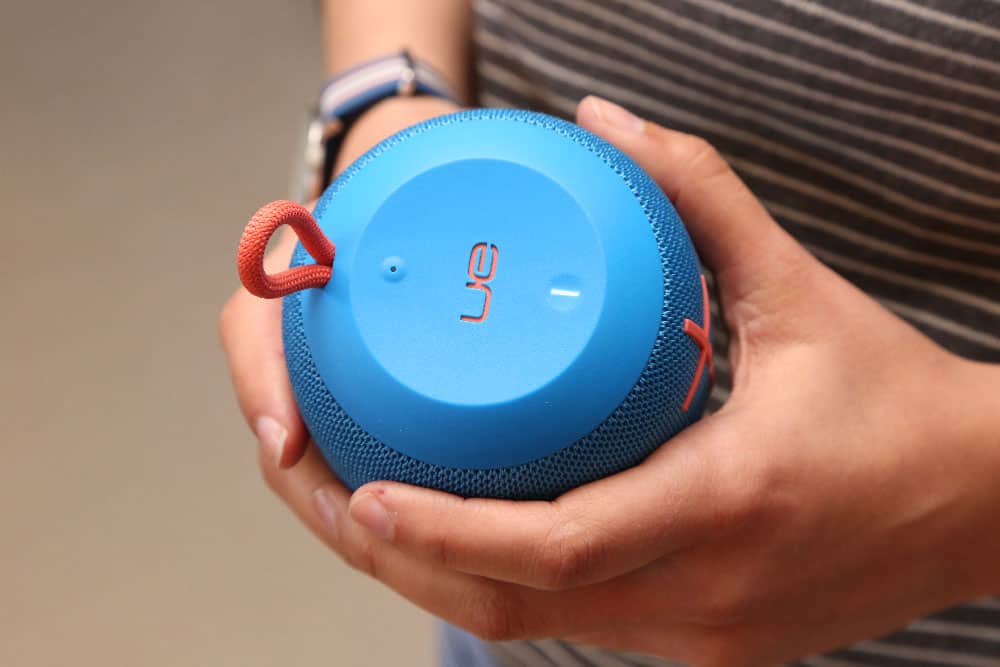 There is this price class for transportable Bluetooth speakers, where not only sound is good but also more practical features such as water density or good design. The ideal speakers for the lake or a barbecue on the balcony. Last year our favorite was in this category of the JBL batch 3. But he had to give way to his new competitor of Ultimate Ears. The Wonderboom is not just a similar flexible speaker, but is cheaper and has 360-degree sound. A practical feature, you put it in the middle of the party and all get the same amount of sound. It costs 95 euros. 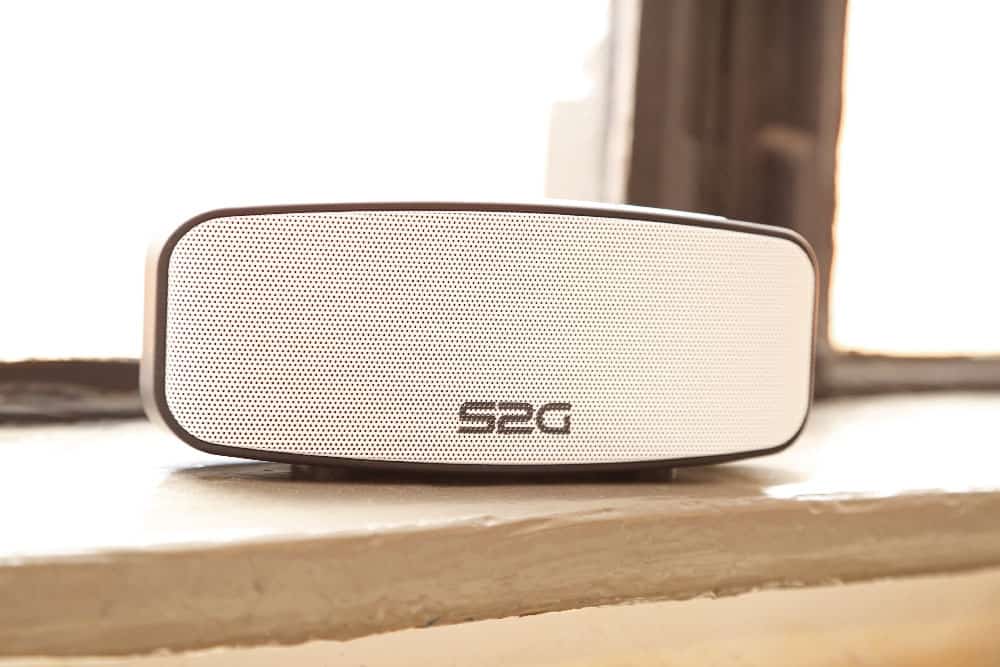