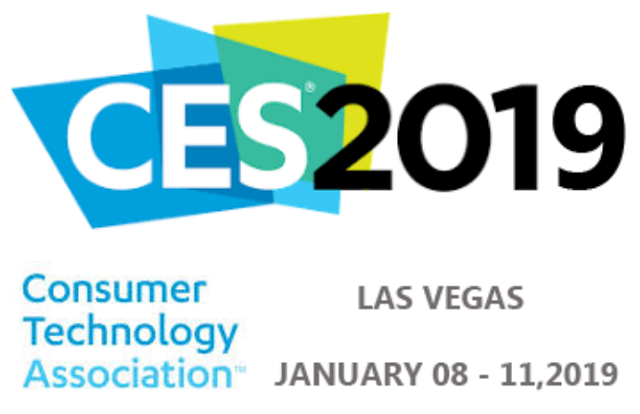 CES 2019 which is a show for all the techies begins on 8th Jan 2019 and closes on 12th Jan 2019. It will be held in Las Vegas and all the tech giants will be showcasing their products out there. The companies will go all out to entice consumers with their latest products and technology.

CES is the short form for Consumer Electronics Show and it has been held in Las Vegas since its inception in 1967. It is staged by Consumer Technology Association (CTA), representing 2,000 consumer tech companies from the US.

The CES 2019 is restricted to the media, those in the electronics trade, journalists and bloggers. It is not open to the general public to go and see the latest tech.

The CES 2019 will be covering 2.75 million square feet which will include eleven venues and 24 product categories.

The tech show will attract around 180,000 people from 155 countries. They are expecting 6,500 media personnel and 4,500 companies with the exception of Apple, will be showcasing their products.

Two days prior to the opening, i.e. 6th Jan 2019 and 7th Jan 2019 will be media days when all the important press conferences will be held. Though 6th Jan which is a Sunday will not have many major announcements, 7th Jan is expected to witness press conferences by major companies at the Mandalay Bay Hotel at the south end of The Strip. Big companies like Sony, TCL, Toyota, Samsung, Hyundai, LG, Panasonic, Qualcomm are scheduled to conduct press conferences.

The tech innovators will make announcements about their latest smartphones, TVs, laptops, AR and VR, voice control, autonomous cars, robotics, health, wellness, tablets, wearables, audio technology and lots more. The top trends of the CES 2019 could include artificial intelligence in many more devices, 5G for phones and more stress on privacy management.

Telecom companies will showcase gadgets with faster internet speeds. Phone makers like Samsung, Huawei and OnePlus are planning on launching 5G phones in 2019. Another concept could be foldable phones with multiple cameras. Nokia smartphone is slated to have five cameras on the rear.

At the CES 2019, there will be Internet of Things (IOT) – driven smart speakers. There will also be headphones with built-in assistants.

The CES 2019will showcase autonomous cars. Audi will showcase a new infotainment system that will work even when the vehicle is stationary and being charged. BMW will launch AI-powered virtual assistant and Bosch will unveil a driverless vehicle connected to a built-in wireless system and sensors in order to communicate with other vehicles.

CES 2019 will see the launch of many more 8K TVs. LG will unveil an 88 inch OLED TV and a 75 inch LED TV with 8K resolution which will support the HDMI 2.1 standard. Sony too will showcase its 8K TVs.