A new device has been merged with electronics and biology, thus moving towards a world wherein plants and computers are more entwined. The development came earlier in the year in a lab in southern Sweden. Professor of organic electronics at Linkoping University, Magnus Berggren, lead a team who built a working electronic circuit from some ordinary garden rose by filling the veins with conductive polymer. With this experiment, it had given rise for electronics that can plug into plants. Plants are no longer an exception since living tissues known to be conductive with living slime moulds are already making their way into gadgets. Proposals imagined by the scientists comprise of photosynthesis-powered fuel cells and crops which tend to keep tables on their own physiological properties.

The Linkoping team at first had to find out if it was even possible to weave electronics into the flesh of a plant. They struggled to figure out a suitable conductive substance which had to be water-soluble, with decent electrical conductivity. It also had to be capable of travelling through a plant’s vascular system and form wires. Several materials which the researched attempted turned out to be toxic for the rose, blockingup towards the opening of the stem or unsuccessful in sticking to the inner surface of the plant’s vein known as the xylem. 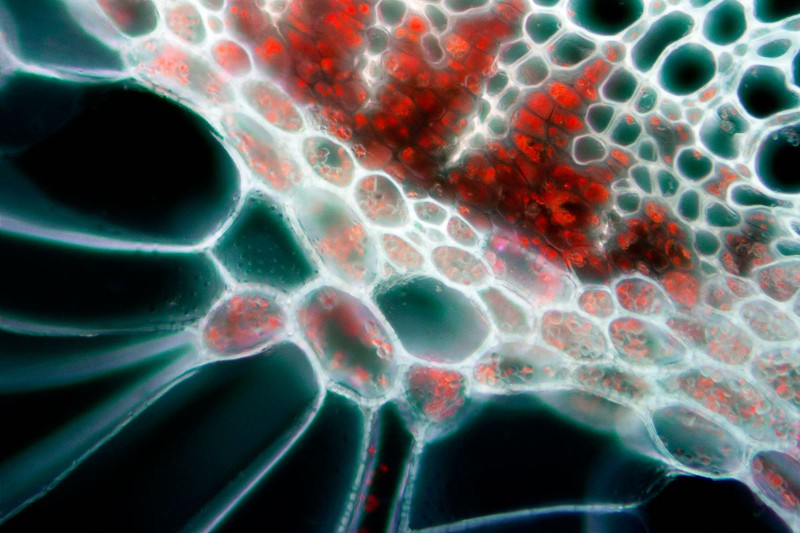 Eventually they discovered a way which worked. PEDOT, or poly (3,4-ethylenedioxythiophene), seems to be a classical conducting polymer utilised in traditional electronics. A garden rose with its roots and the leaves removed was soaked by the researchers in a solution of PEDOT. After a couple of days, the polymer was taken up by the plant’s network of xylem and solidified within it as a gel. When the outer bark and the tissue at the bottom of the stem was peel out, the researcher saw slender dark wires winding through the rose.

A postdoctoral researcher, Eleni Stavrinidou, who had done most of the work, showed it to Berggren, who commented that when he saw the beautiful microscopic pictures; they understood instantly, that they could make circuits out of this. The performances, the shape of the wires were outstanding and unbelievable. The team utilised the xylem wires to make a transistor, a basic building block of electronics and computing and attached gold electrodes together with probes along the length of the plant.

Thereafter they connected it to an external resistor and passed a current through it. For the second experiment, they flushed PEDOT into the leaves of the rose and forced the polymer into its pores utilising basic pressure chamber. When a current was passed across the leaf, they saw the colour changing faintly due to the voltage. The Linkoping group does not seem to be the first attempting to plug into plant life. A team at Disney Research led by Ivan Poupyrey in 2012, had linked orchids with a sensing technology which could measure how electricity moved through the plant.

The project was nicknamed, Botanicus Interacticus enabled the scientists in tracking and visualise the movements of a human hand together with the plant’s body. Chemical engineer, Michael Strano at the Massachusetts Institute of Technology had created `Iron Man’ plants with photosynthesis-boosting nanomachined immersed deep within their chloroplast. Though the researcher had taken some important steps in transforming plants into electronics, Strano has cautioned that this is not an impeccable example of a living circuit. The stem and the leaves were detached for the experiment and states that` both systems are quite dead’