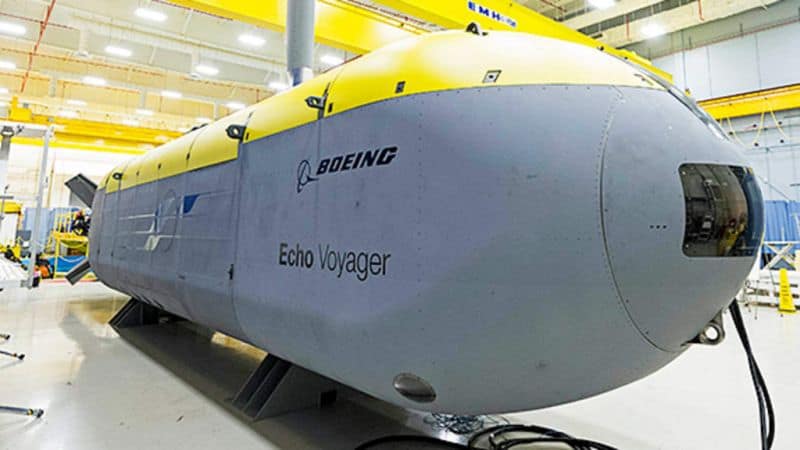 Boeing has revealed its Echo Voyager, a giant, 51 foot long unmanned submarine.  It could be the final underwater spy, capable of silently searching the sea for three months without the need of any human involvement. The firm expects that it will be utilised for surveillance, water sampling, radiation detection, oil and gas exploration as well as sonar surveys of huge areas of sea floor. It could escalate to the surface and beam back data to mission controllers without the use of a dedicated support ship and can find its own way back to port when the mission is completed. President of Boeing Phantom Works, Darryl Davis commented that `Echo Voyager is a new approach to how unmanned undersea vehicles will operate and be used in the future’.  He further adds that their investment in innovative technologies like autonomous systems tend to help their customers to reasonably meet the mission requirements presently as well as in the years to come. The latest unmanned undersea vehicle – UUV, tends to operate autonomously for months at a time due to a hybrid rechargeable power system and modular payload bay. Echo Voyager seems to support a modular payload of around 30 feet long, operating at a maximum depth of 11,000 feet for around three months at a stretch.

The 51-foot-long vehicle is not only autonomous while underway but can also be launched as well as recovered without the help of ship which generally assist UUVs. Director of sea and land at Boeing Phantom Works, a research division of Boeing, Lance Towers, stated that`the unmanned Echo Voyager is aware how to go around objects, how to communicate through satellite in near real-time environment and how to take and store data’. 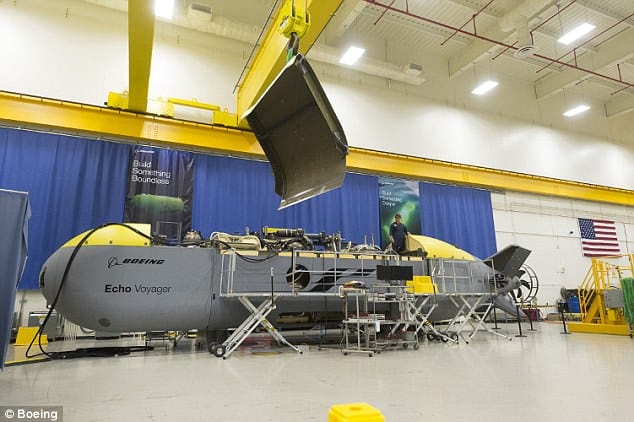 He further added during a media event that they are very confident in their software. The Echo Voyager tends to eliminate the need of surface ship and crew for day to day operations together with the associated cost.  They have reused the thing which has been validated and inventing something new, can add an element of risk. Echo Voyager is said to be the latest in Boeing’s UUV family together with the 32 foot Echo Seeker as well as the 18-foot Echo Ranger. Its sea trials off the California coast is said to begin later this summer.

Boeing has not yet released a price for Echo Voyager or confirmed that anyone would be interested in purchasing it.  Whatever the price may be, Boeing is of the belief that this submarine would locate a ready market with military buyers, scientific agencies like National Oceanic and Atmospheric Administration – NOAA and also international commercial concerns like the deep sea oil drilling industry.  Presently Echo Voyager seems to be a robotic submarine unlike any other on Earth. To achieve this unique product, Boeing has big plans, describing Echo Voyager as a baseline vehicle that could be reconfiguredto the buyer’s demand and analogizing it to the Boeing 737. Similar to 737, that tends to sell a lot of units to airline customers, but performsdouble duty as the source of the P-8A Poseidon military aircraft too, Boeing intends to build commercial as well as military alternatives of Echo Voyager.