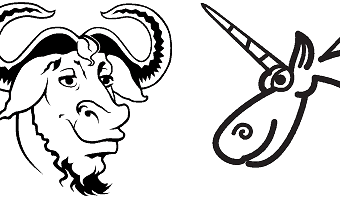 Each year a new super bug seems to threaten thousands of devices across the globe as they quietly starts sneaking upon the vulnerability of the computer systems now Glibc. This year a new major vulnerability has been unearthed in the computer security which has the potential to threaten and seriously affect more than millions of devices along with the apps and services related to it. The real extent and damage which can be wrecked on the global scale by this super bug is extremely tough to determine due to its unique nature.

Google and other security companies worried about this super bug

A security expert named Prof Alan Woodward has stated that a number of security companies and professionals are working aggressively towards neutralizing the effect of this super bug. Google is also working with the engineers at Red Hat to resolve this issue by releasing a security patch at earliest to marginalize or eradicate the threat of the super. But it is up to the community which runs the Linux operating system as well as manufactures to bring a sound and safer security patch which can work across all the devices and affected software in a formidable manner. Android OS is based on the Linux environment which makes sense for the urgency shown by the Google.

Google offers insight on this bug

Google has taken the pole position in information the security engineers, manufactures and others through releasing a blog post which explains the discovery of Glibc bug. This blog post gives detail about a simple flaw which is quite common in the used codes and it offers a unique way for this glibac bug to get remote access to a large number of devices ranging from the computers, router to any device connected to the internet. This particular code happened to be the building blocks of all the major web programming languages which include PHP and Python. Both of these languages has been affected by this bug but this news has been downplayed by all concerned parties in order to remove the likeability of any attacks by the hackers through exploitation of this weakness.

This super bug has been found in the glibc, which happens to be a open source library of code used in almost all kinds of devices connected to the internet. This library has a domain look-up function which allows a device to look up the web domain along with its corresponding IP address. Now this bug can be utilized by the hackers to implant malicious code within the device memory and it will open the portal for performing attacks via remote executions.

On the brighter side it should be noted that Google Android devices makes use of a different and substitute library rather than glibc which makes it not vulnerable to the threats. Still Google is working towards bringing a security patch along with informing and educating the manufacturers of other devices regarding Glibc threat and potential of this super bug.