Google has launched RideWith, a latest app and carpooling program in Tel Aviv, Israel, wherein the pilot program will be matching with people having similar rush hour commutes in order that they can share rides thereby splitting the financial burden of travelling to and from their work place. The new app known as RideWith tends to connect commuters going to work with users who are likely to travel along the same router. However, this is not meant to be an Uber competitor. In order to refrain from regulatory issue, the app limits drivers in accepting only two rides per day and only during rush hour while going to and from the workplace. RideWith controls Waze’s mapping technologies as per the Hebrew language promotional materials and is focused in connecting users with neighbours and co-workers who seem to travel on similar routes. The service is said to be made available in Tel Aviv as well as the surrounding suburbs. A spokesperson of Waze had informed Fast Company that they were considering conducting a small private beta test in Tel Aviv for a carpool concept and are always experimenting on new ideas and at that point of time, they have nothing specific to announce.

The pilot program which was launched on July 6 is expected to draw around several thousands of beta testers. However, it is not known if the beta test would be expanding to other countries. Suburban commuters in need of a regular car sharing schedule could find RideWith, an appropriate alternative to the Uber and Lyft services which caters to quick trips for city commutes. Users can now find neighbours as well as co-workers who may prefer to offer a lift for longer daily distances with RideWith. 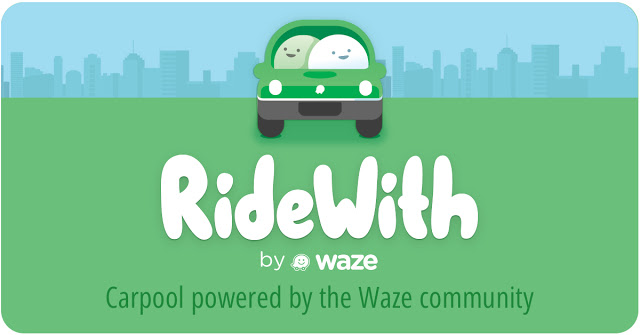 The app tends to calculate how much the passenger should pay, a pitch-in cost depending on gas as well as the mileage with a nominal fee for the use of the app. Drivers have the option of accepting the estimate and the ride or decline the requests altogether. RideWith has been built and operated by Waze, which is a company that Google – GOOGL.Tech30 had bought in 2013 at a price tag of over $1 billion, in order to support its Google Maps’ service.

The Israeli company is known best for its own eponymous app enabling people to contribute and receive real time traffic information on their phones. The pilot program of Waze is different from other car sharing services in two ways, the first being that it is solely designed for `standard rush hour times’ or a maximum of two trips per day. Drivers are compensated for the cost of their ride through the RideWith app. If the trail seems to be a success, hopefully we can expect to see RideWith being launched in more cities with heavy suburban commuter population. Presently the company has pointed out that the app is just at its initial stage of testing. Julie Mossler, the company’s head of global communications has commented in a statement to CNNMoney that, `Waze regularly experiments with new ideas’.   The RideWith app is presently available only to Android users and there is no plan yet on the release of an iOS version.