Google’s Android Pay rolled out recently to US customers and became the latest system in enabling consumers to tap their phones to pay for purchases done at retailers. Android Pay was launched to replace Google Wallet with a quicker and simpler contactless payment service.

Just as Apple Pay system had been unveiled last year; Android Pay would be permitting consumers to store their credit card information on their handsets together with the loyalty cards as well as other data. For the purpose of extra security, Android Pay would be creating a onetime `token’ or virtual account number wherein the real credit card data is not exposed in a transaction.

The tap to pay method had been published earlier this year in an attempt to upgrade the Android challenge to Apple having similar method for iPhones. Pali Bhat, Product manager had mentioned in a blog post that one million locations all over the United States will be accepting the wireless payment method for Android powered devices.

He added that `Android Pay also tends to store gift cards, loyalty cards as well as special offers on the phone and that they will be rolling out gradually in the next few days and this seems to be the beginning’. 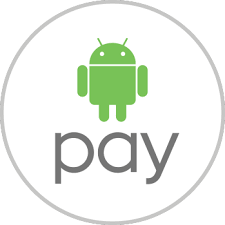 He further informed that they would be continuing to add more features, bank as well as store location in the coming months thus making it much easier to pay with Android phone. In February, Google had stated that it intends teaming up with the mobile payment firm Softcard in order to improve its efforts in the developing sector which would enable Google Wallet to become a pre-installed `tap to pay’ app on Android smartphones. The new Android Pay app is intended as an update to the original Google Wallet.

But Google had also launched another completely separate Google Wallet app that transfers the platform for person to person payments like Venmo or Square Cash.

It means that if the old version of Google Wallet is not updated then one could try to search the Play Store for Android Pay where two versions of Google Wallet are listed. Both the apps tend to share the same name and very similar logos and make it difficult in identifying one from the other while one waits for the update to the original Wallet app to attain.

Moreover people who tend to have access to Android Pay may not be able to utilise all the features which they were able to with Google Wallet and though Android Pay receives cards from various major US banks, not all the cards supported by Google Wallet is officially accepted by Android Pay.

According to Sources, Google would temporarily enable user to use their unsupported Wallet cards with Android Pay, however, banks would not be able to track correctly one’s spending with regards to points or rewards for these cards.

Moreover, it the card tends to expire or in need of a replacement within that time period, it would not able to add it on Android Pay. Taking into consideration, these troubles would fade away with time as Android Pay rolls out to all and Google adds additional bank support, though in the meanwhile, it could probably be confusing to most of the users intending to upgrade.