Tesla iconic Model S had kept the numerouno spot with its 270 mile range for a long time. But Toyota’s newly unveiled one of a kind hydrogen powered car named Toyota Mirai has taken title away with registering 312 with single full tank.

Mirai Literally Defines Itself As Car From Future

Toyota has cleverly named its car Toyota Mirai which in Japanese means ‘future’ and it uses advanced fuel cells which convert hydrogen into electricity for powering up an electric motor. The residue and exhaust happens just to be water vapour which highly environment friendly. Apart from reaching the range of 312 miles it is also the most efficient zero emission car of today.

Toyota Mirai just takes around five minutes to get filled up with hydrogen compared to the Tesla Model S which takes an hour to get fully charged at a Supercharger Station and even longer at home conditions. The advanced and supreme as well as quick charging solution integrated by the Toyota is a great advantage for Toyota Mirai over other non- conventional cars. There are about 12 hydrogen filling stations in U.S. and two outside of California. 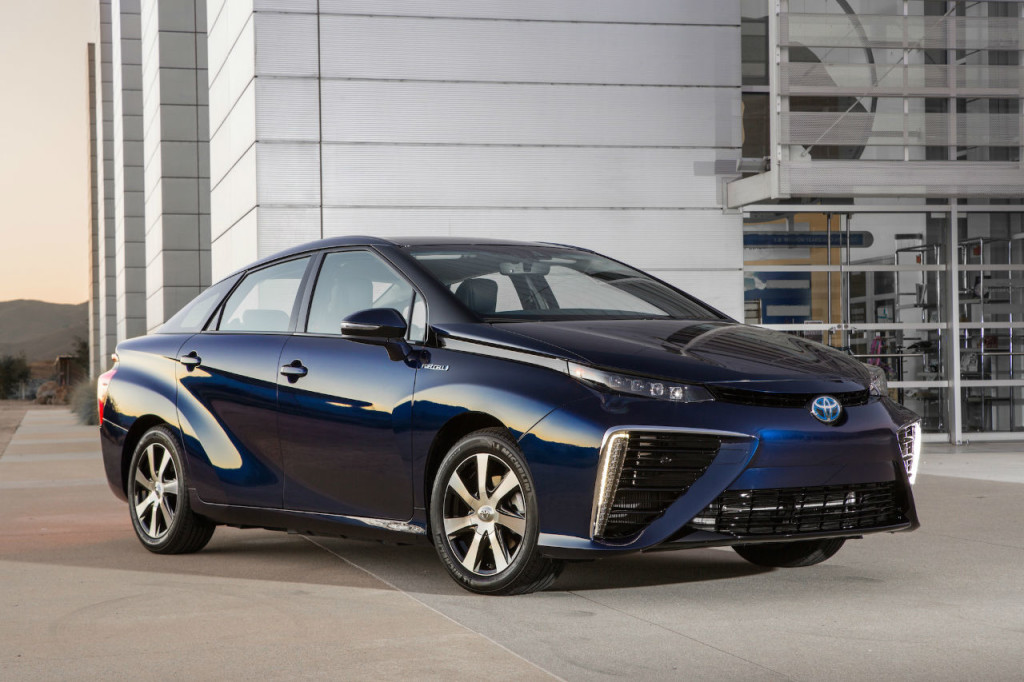 It is widely known that an electric car can be charged from any conventional outlet like the one present at home or at public charging stations. Tesla fares better in providing more than 200 fast Supercharger Stations across the U.S. to its customers while Toyota lags here at the moment with 12 outlets. Hydrogen powered Toyota Mirai brings huge benefits to the people but it is only limited to a very small area.

Mirai Giving Competition To Toyota Other Car Itself

Toyota already has similarly sized gas powered car Camry but Toyota Mirai is better when compared with it. Camry LE a basic 4 cylinder car gives about 476 miles of range with estimated average fuel economy of 28 mpg having a gas cylinder of 17 gallons. The hybrid version Camry LE fares extremely well with its 697 miles of range base on an efficient 41 mpg average fuel economy.