With the introduction of cameras, photography gave rise in capturingmemorial moments to cherish later in life some of which have been beautiful while others, tragic. Lytro Illum enables to develop innovative photography, and can capture life in a different light. It is the first high end camera retaining the richness as well as the depth of a sight wherein one can explore focus, observe the depth of the field in one image, rendering a 3D full colour living image. With the Lytro Illum one can now adjust aperture, tilt, focus spread, use selective focus, animation as well as 3D to differentiate images with multiple deliverables.

The Lytro’s light field camera technology provides the ability of letting you shift the focus of an image after it is taken. With the use of millions of micro-lenses in recording the direction as well as the intensity of light, Lytro Illum camera can take a 3D snapshot which comprises of depth information, enabling the photographer to refocus shots after they are taken as well as adjust the viewpoint.

Exclusive to Lytro, the Lytro Illum is the second camera in featuring the tech and has had a recent firmware as well as software update addressing several significant issues which open the camera for everyday use. Lytro Illum has been designed to connect with peripherals and mobile devices seamlessly such as Flashes, PCs, Macs and iOS mobile devices. 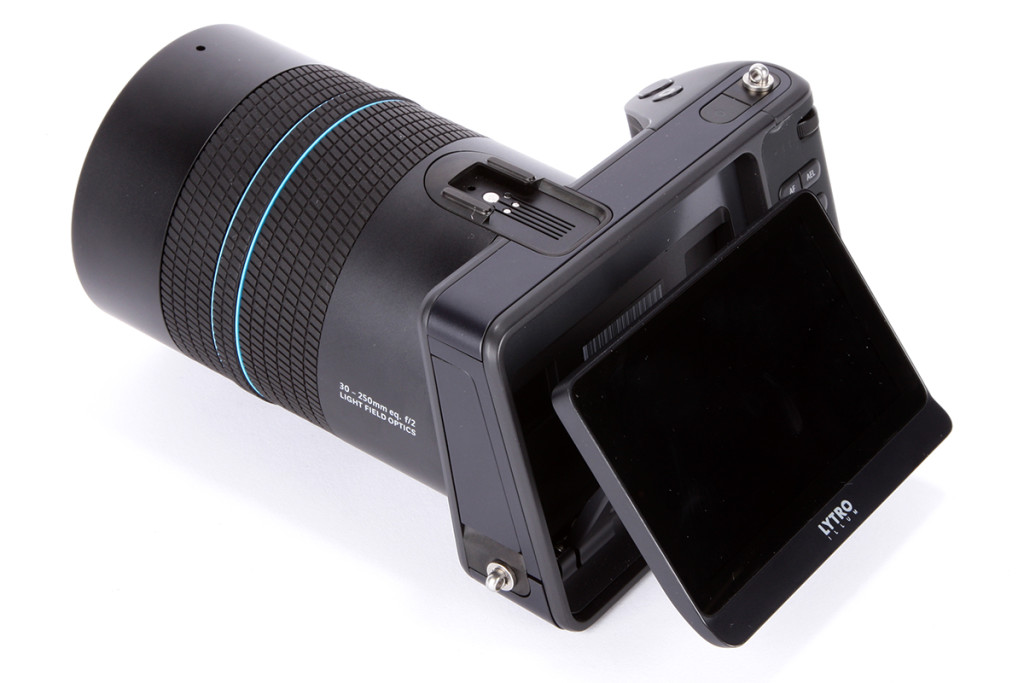 Un like the original Lytro camera which was tube shaped, the Lytro Illum tends to look and act like a regular camera with proper grip, a hot shoe for attaching flash, physical control together with a proper zoom as well as focus rings.

The updates enables to make adjustments on the camera and users can now tap the LCD to refocus, twist to adjust the opening or drag to shift the view. A new plugin is also available for Photoshop users which enables to edit the camera’s living pictures in Adobe image editing software rather than Lytro’s own powerful though unfamiliar desktop application.

Moreover the updates also help in creating animations of 3D photos which are compatible with Virtual Reality headsets such as Google Cardboard and the Samsung Gear VR. It has an angled back clean line with 4 inch tilting LCD screen and dominating 8x optical zoom. Besides this, it is also large measuring around 5.7x 3.4 x 6.5 inches weighing a little over 2 pounds and is not pro-SDLR heavy though not lightweight too.

The aluminium and magnesium body tend to have a matte finish. The Lytro Illum camera being so tall, the grip is comfortable though one would need their own hands-on. Moreover, the 8x zoom lens tends to have a continuous aperture of f/2.0 and on the lens barrel; one will find two rings for the purpose of adjusting focus and zoom power. 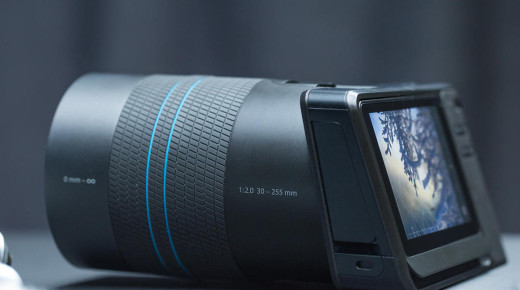 The exterior items are kept to a minimum unlike the traditional camera and on the front of the grip is a jog wheel. The top deck comprises of shutter, power and Lytro buttons together with a hot shoe which receives all the major flash brands. Viltrox develops one for Lytro which comes at a cost of $249 though unfortunately there are no flash built-in since it comes handy for certain incidents.

There is also no mode dial and settings can be changed through the touchscreen. The 4 inch touchscreen controls the back which has a rated 800 x 400 pixels, much lower than displays in other cameras within this price range.

Another disappointment is that it has several reflectivity issues and is best used indoors with Auto Brightness enabled. Below the second jog wheel are four keys – AF, AEL, Hyperfocal and Function wherein the AF automatically focuses on the object in the centre of the screen while AEL is an auto exposure lock similar to the other advanced cameras. The Function, switches from capture to playback mode and Hyperfocal sets the focus on the lens to the lightfield hyperfocal position. 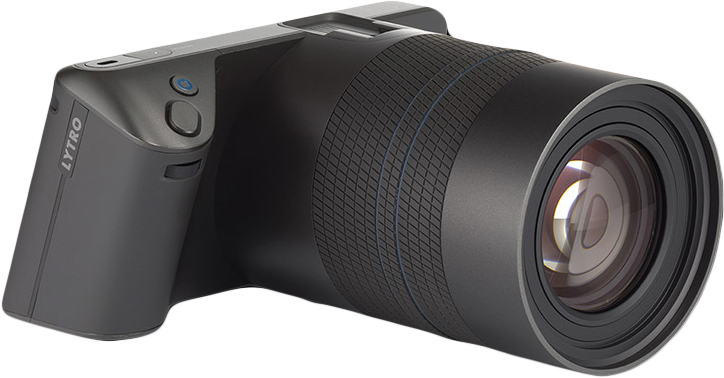 One can adjust the focus of anything in the hyperfocal range. This may sound strange, but the Lytro Illum is unlike any camera on the market and tends to feel like a serious, candid tool for photographers providing new possibilities with glimpses of good future in photography.

A compartment towards the left of Lytro Illum has the SD card slot together with USB connection and the one at the bottom has the lithium-ion battery. Lytro rates the battery at half day for steady use with an estimated total of around 400 images. Besides this, the Lytro Illum has Wi-Fi connection though it supports only iOS devices and not Android.

Lytro had created a buzz when it was introduced as the revolutionary this Lytro Illum camera, enabling to refocus an image after it has been shot. It utilises light field technology, that is established on an array of micro lenses which takes in light from all angles and the information that it tends to gather enables the camera to provide its magic in post editing.