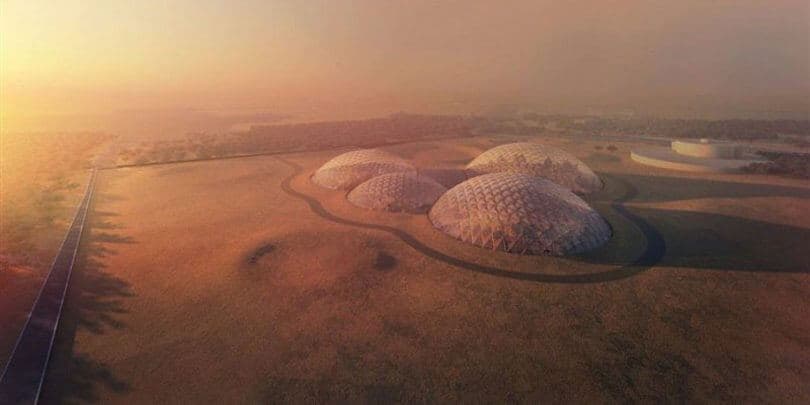 The United Arab Emirates wants to build a city on Mars – but only in 100 years. As the urban life on the red planet could look like, they already want to know and plan the prototype in the desert: Mars Scientific City, the largest simulation of a space colony, is to be built on about 175,000 square meters.

The tallest tower, the largest artificial island group or the longest indoor ski slope in the world: the United Arab Emirates build their cities according to the motto “Think Big” and are in many ways a country of superlatives. Now the desert state literally reaches for the stars and plans an outpost on Mars. This is to be ready in 2117. In order to prepare enough for the Megavideo, the prototype of this universe is to be created on the Earth, the Mars Scientific City.

In other earthly Mars colonies, such as Utah or Hawaii, life on the red planet has been simulated for years, but in a confined space. Not so in the Mars Scientific City. With a planned area of almost 175,000 square meters, it would be the largest facility of its kind. The planners estimate the costs to be around 122 million euros (136 million dollars).

Scientists are expected to research and work under the transparent domes of Mars Scientific City in the desert of the United Arab Emirates as if they were on Mars. 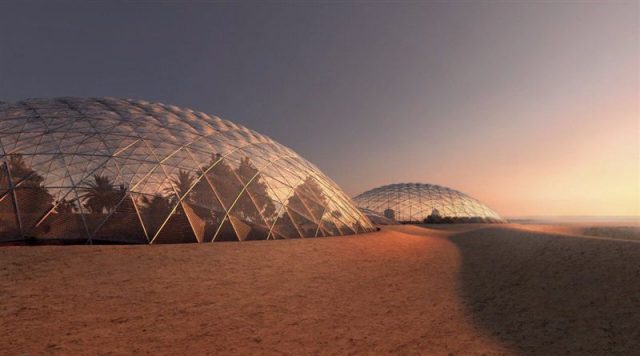 In the middle of the red desert, huge, milky-glass domes. The five honeycomb-like constructions of different sizes are connected to one another; the wide area surrounding the biodome is only bounded by a low wall. For example, designers, architects, and planners from the Bjarke Ingels Group (BIG) present the Mars Scientific City at the project presentation in Dubai. “The United Arab Emirates, together with the rest of the world, want to develop technologies that serve humanity and provide a foundation for a better future,” says Mohammed bin Rashid Al Maktum, ruler of the Emirate of Dubai and Vice President of the United Arab Emirates.

Future space dwellers must be able to supply themselves. It is therefore important to investigate which plants are useful on Mars. 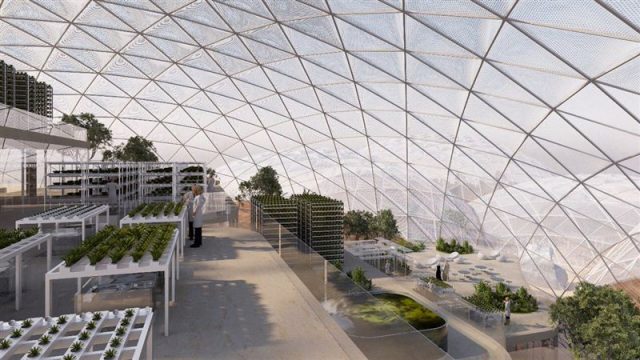 In the biodivers, scientists, engineers and astronauts from all over the world are to live and work under the conditions they would expect on Mars. A major research target, said bin Rashid Al Maktum, to make the lives of the future settlers on the planet as self-sufficient as possible. Therefore, one must find ways to produce energy, water and food from their own resources. This is not only a prerequisite for survival on alien planets, but can also help people on Earth. For example, hunger could be confined or people in remote regions themselves could provide clean drinking water.

Also a museum, accessible to the public, is to be part of the Mars Scientific City. It is planned that the walls are designed using the 3D printer. 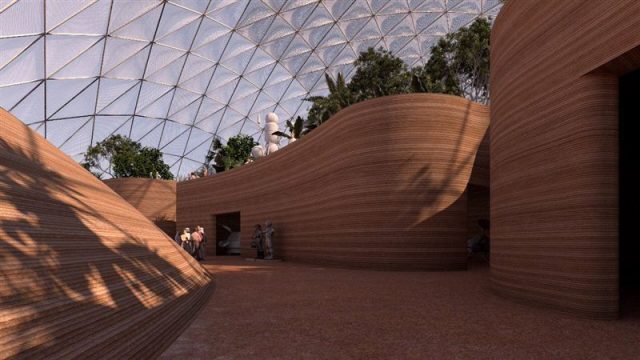 Partially, the honeycomb-like walls of the planned Mars colony are to come from the 3D printer. For the exterior walls, various materials are tested, which prevent solar radiation. This is important for a life on Mars as the atmosphere is thinner and the solar radiation is much higher than on Earth. A special 3D printing technology, which was not discussed at the press conference, is designed to simulate the rough terrain and the environment of Mars even better.

“We believe in the potential of space research. Together with partners from all over the world, we want to implement results from these researches and make them so useful that they can also improve life on Earth, “said Rashid Al Maktum. When exactly the colony, which is supposed to be established near Dubai, is to be opened is not yet known.