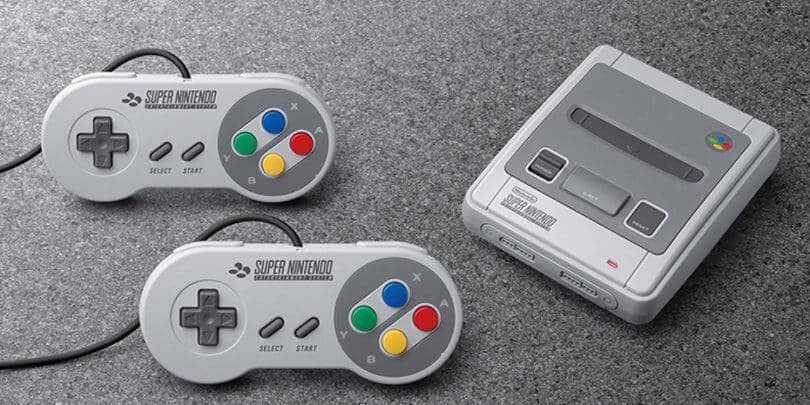 The retro console SNES Classic Mini is on the market from today – again in insufficient quantity. Our author is angry about this and asks: Why does Nintendo deal so lovelessly with its most loyal customers?

In theory, is sold from today. So Nintendo sold its SNES Classic Mini. In practice, we can safely omit the “sold”. Only those who have pre-ordered the retro console have a (small) chance to keep them in their hands. In the regular trade you do not get it at all – their edition is downright tiny. Fans are therefore annoyed – and their anger can be understood. Nintendo should not make its most loyal customers part of its business model.

The Japanese electronics company has a system. The SNES Mini is not the first game console of the manufacturer, which is hardly available on the day of the release in the shops. It was similar to the predecessor NES Classic Mini, which came on the market a year ago. If you did not order the retro console at Amazon or at other online markets, there was hardly any chance to get the device in the regular trade. The result: On auction platforms like eBay, the NES Classic Mini was partly auctioned for the triple price of the regular price of 79 euros. At the end of last year, Nintendo announced that it wanted to stop production. They want to focus entirely on the launch of the new game console Nintendo Switch.

Even weeks after the sales start, the console was rarely found in the store. And when a few devices were delivered, they were turned away again. After all, Nintendo has caught up with the production.

With a new console like the Nintendo switch, it is still comprehensible, if initially fewer devices are produced. Making each individual console costs money. What if the console like the switch predecessor Wii-U sold badly? After the decline in sales last year, Nintendo wanted to be on the safe side and rather not create too many switch devices.

But the success of the SNES Classic Mini was notable. With nearly 50 million units sold, the original SNES was the best-selling game console in the 90s. Accordingly, the nostalgic factor in the generation that has grown with the device is high.

This is proven by the sales figures of the NES Classic Mini. Nintendo has, according to own statements, two million devices delivered to dealers. Far too little, as the high demand at that time has already shown. If you really wanted, you had to phone the electronics trade fairs over the whole of Europe over a period of weeks and get angry about the high prices on auction platforms.

Why Nintendo is so concerned with its fans, is not comprehensible. Its argument that there are no “unlimited resources” for production is not conclusive. The Nintendo 3DS family currently includes five devices that are simultaneously produced with the New Nintendo 3DS, 3DS XL, 2DS XL and 2DS. The additional production of a device, which does not need current hardware such as a touch screen or motion sensors, probably would not be too difficult. In the case there is only one board, the same as for the NES Classic Mini. In addition, Nintendo has experienced the production of large numbers of units and can supply the worldwide market with its other devices adequately.

So stay one: Rarer goods are in demand. Exactly that makes Nintendo with the low production quantity of its consoles. Making your devices even more attractive than they already are, increases sales. And annoyed, as with the SNES Classic Mini, potential buyers. Nintendo artificially creates a need, which is long-standing with retro fans. It is a business model on the backs of the waiting customers.

And worse, Nintendo seems to know. A few weeks ago, the company announced its intention to produce the NES Classic Mini again next summer. According to Nintendo, the SNES Classic Mini will also be sold by the end of the year. And the successor, the N64 Classic Mini next year, is already presumed. So you keep the attention and also the demand steadily up. The fans of the cult console N64 would surely thank Nintendo if they could actually buy their device without any problems. Otherwise one feels inevitably stupid.