Our life is never safe and is indeed full of risks. So we have to take the best measures to keep our life in safe hands. The story is pretty the same with the technology that has made our lives cosier. More often than not we come across news of cybercrime and many illegal activities over internet. Even the most used browser Google Chrome couldn’t survive from the hackers.

The elite class people of technology including the founders or the CEOs profile gets hacked by the most intelligent and smartest lads. Recently what caught everyone’s eyes is that Google chrome displayed a pop up message “Missing Font’’ and which further prompted the noob users to download an update which is nothing but the malware itself. 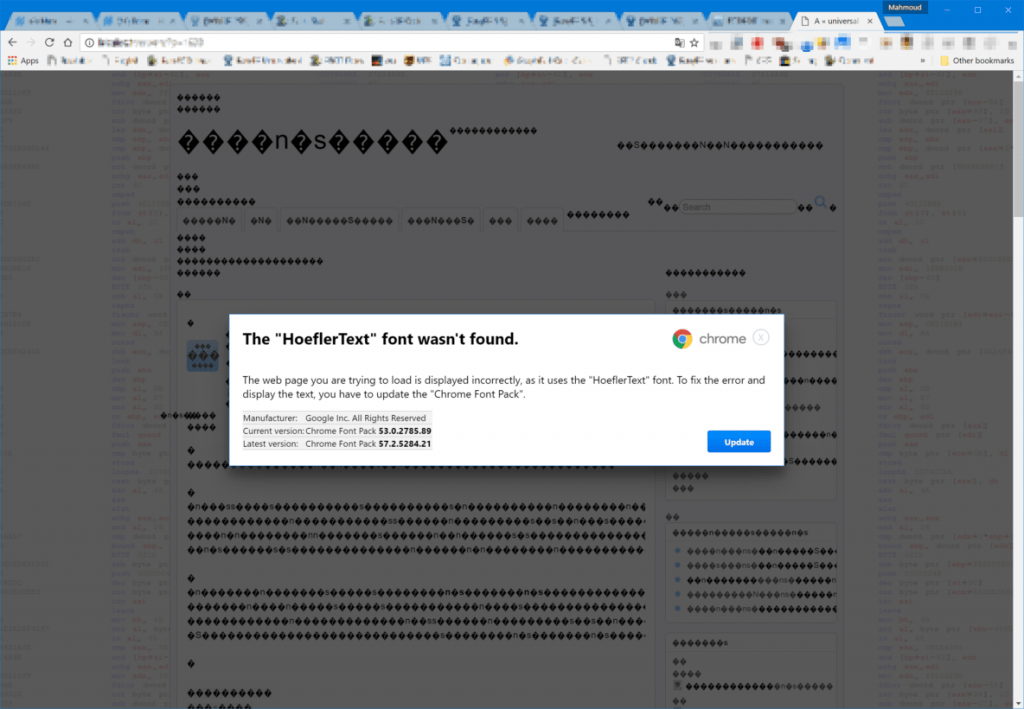 The hackers used the Java script to get into this and all the logos including the colours used is legit. At your first glance it is very hard to understand the difference. The encoded message will make the users believe that there is surely a glitch in the browser and ultimately they are bound to fix it. And once they click the file, the malware gets downloaded. This is not the end of the scenario. There is still more of it which has created a chaos in the tech world.

The users will be lured to download a file named Chrome Font v7.5.1.exe. The file doesn’t match with the given name in the malicious instruction. Even the chrome installer and the antiviruses are unable to filter these. This is really a threat to the users and many will download the file without knowing that it is a malware. This was first detected by the New Web and then the news spread like wild fire. The main concern is for the normal users who unknowingly will download the .exe file thinking it would fix the bug.

The Chrome developers are trying their best to fix this. Also it has been reported that due to the version the users are bound to download the file. So the Chrome developers will come up with an updated version that is Chrome V56 which is considered to be fast and reliable. The popular antivirus failed to filter the files. The stats say that only 9 out of the 59 anti-virus were able to detect the malware. Even Kaspersky, Avast, AVG were not able to figure out. Windows own protection Bitdefender failed too.

So the users need to be very cautious what they see on the dialogue box or any pop up message from now on. And also they need to remember the colours that Google uses for updates or any sort of messages as it is very hard to figure out the differences with the untrained eyes. Ultimately the normal users become the victims of these hackers and they incur a huge loss which they are unable to figure out at one go. So watch before you press anything.