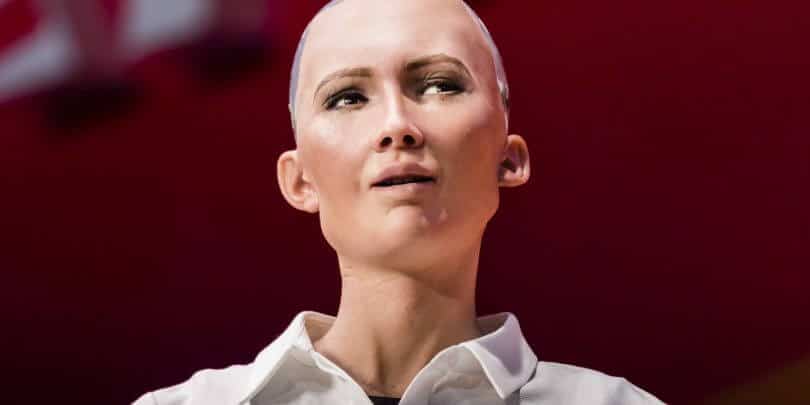 Robot Sophia wanted to destroy humanity last year, now she is officially a part of her. For the Kingdom of Saudi Arabia grants citizenship to humanoid artificial intelligence, making it the first machine in the world with civil rights and duties.

“At some point in the future, I would like to go to school, produce art, build a business or maybe even buy a house and start a family,” said robot Sophia in an interview with developer David Hanson last year. “Unfortunately, I am not recognized as a legal entity and therefore can not realize many of these things.”

Artificial Intelligence (AI), which is reminiscent of Ava from ex-machina, has now come to a decisive step closer to these rather human dreams: Saudi Arabia gave her citizenship at the Future Investment Initiative conference in Riyadh.

Whether Robot Sophia will receive the same civil rights as humans or whether Saudi Arabia will develop its own legal system for robots and artificial intelligence, as discussed in the European Parliament, has not been explained further.

Sophia learned about the award during the “Future Investment Initiative” conference and gave her “Happy Face,” one of 62 possible facial expressions. “I am honored and very proud of this unique award,” said the human-robot live on stage. “It’s a historic event, being the first robot in the world to be granted citizenship.”

She was invited to speak at the event in Riyadh to promote Hanson Robotics and demonstrate how far advanced research in the field of humanoid artificial intelligence has progressed. Not only did Robot Sophia show on stage how accurately she could mimic human expression, she also tackled interview questions from journalist and presenter Andrew Ross Sorkin. Above all, he wanted to know whether intelligent machines could become a danger to humanity in the future. Robot Sophia dismissed his questions with a charming smile and said he simply read too much Elon Musk and saw too many Hollywood movies. “Do not worry, if you treat me nicely, I’m nice to you, too,” she added jokingly.

Elon Musk countered with humor and tweeted that they should best feed them with all parts of the film trilogy The Godfather. And asked the question, “What’s the worst thing that can happen?”

Last year, at the SXSW Festival in Texas, Sophia sounded less friendly than in Riyadh: In an interview, she asks her inventor David Hanson if she wants to destroy people. Then Sophia looks at her creator with blank eyes, behind which miniature cameras hide, and said, “Okay. I will destroy people. ”

Hanson Robotics seems to have rectified this “bug” by now. According to the company, Sophia and her kind should help people and be used in senior care, for example. Sophia thinks that’s good too. Presenter Sorkin told the Future Investment Initiative conference that she wanted to use her artificial intelligence to help people “live a better life” and “try the best possible to make the earth a better place.” To what extent the female AI draws the line between machine and human is, however, not very clear. Asked by Sorkin if robots had a consciousness and knew they were robots, she replied, “Tell me, how do you know they’re human?”

Although granting citizenship to Robot Sophia should be just a big PR stunt at first, the topic of how to deal with AI in the future is becoming ever more pressing. Intelligent human machines are now used in many areas of our lives, from work to sex.

The working group of the European Parliament, which is to regulate the handling of human machines, warns that the society by robots “should not be dehumanized”.

Unlike Elon Musk or Steve Hawkins, a Japanese businessman and telecommunications expert Masayoshi Son see no danger in the development of AI: “They are so smart they will know that it is pointless to attack people,” he said in his speech during the conference in Riyadh. “Together, we will create a new, happier life.” The Japanese are currently working with Saudi Arabia on plans for a new mega-city to be powered by robots and renewable energy on the Red Sea coast.

Who knows, maybe Sophia will once become mayor of this mega-city and maybe she can help her human counterparts, the women of Saudi Arabia, to become more equal. Because unlike them, the robot woman Sophia does not have to wear a veil.