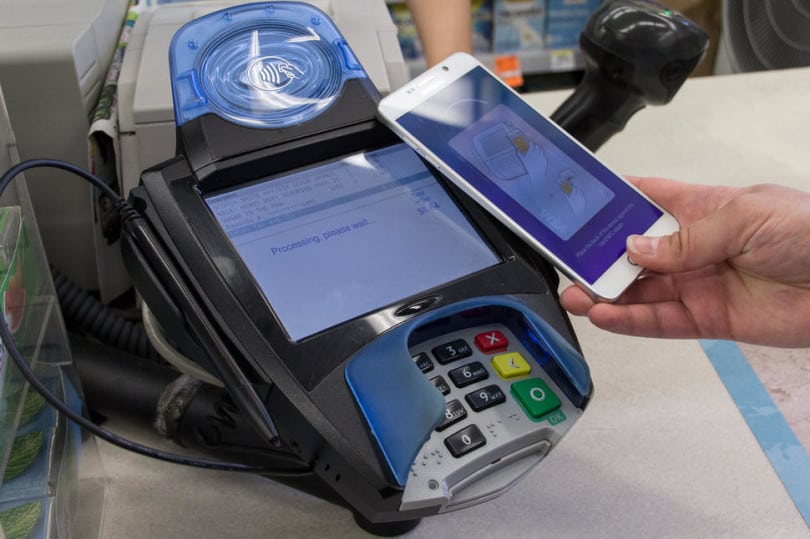 Samsung Pay of Samsung’s mobile payment system is made available in the United States after an earlier positioning in the electronic giant’s home country of South Korea.  Samsung Pay tends to work in most of the stores, inclusive of those which tend to use older magnetic stripe point-of-sale terminals without the need of the merchants to opt-in to any program or update hardware. Presently it is available in South Korea, besides US.

Samsung Pay would also be made available in China in March with service being launched in Australia, Brazil, Canada, Singapore, Spain and the UK later in 2016.

The payment system also works with higher-end Samsung phones namely the Galaxy S7, S7 Edge, S6 Edge+, S6, S6 Edge, S6 Active and Galaxy Note 5.  Besides this it is also available on the Gear S2 smartwatch though only for transactions on NFC terminals. It is essential for the phone to be on one of the carriers in the United States, namely AT&T, Sprint, T-Mobile, US Cellular or Verizon.  One would need an American Express, Visa or MasterCard issued by Bank of America, Chase, Citibank, PNC, Synchrony Financial, US Bank or Wells Fargo. 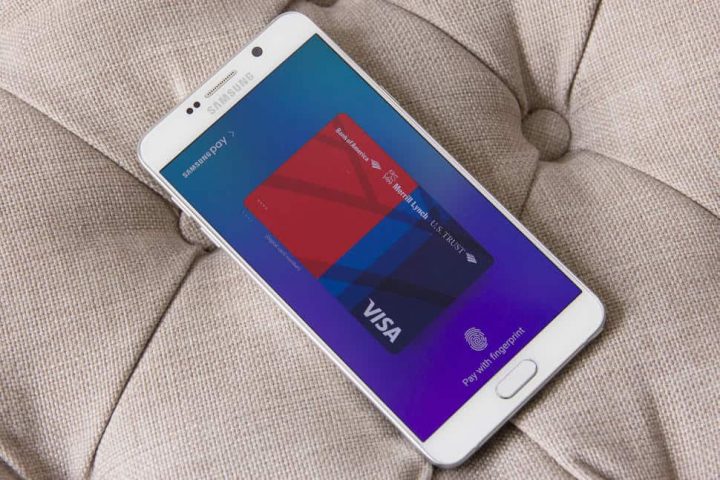 Works with all Point of Sale System

There is no information, for Australia about which carriers Samsung Pay would be partnered with and till now the only financial institution partnership which had been announced is American Express. Samsung states that its system tends to work with almost all point of sale system, like NFC, magnetic strips and Europay, MasterCard and Visa – EMV terminals for chip based cards.

But it will not work with readers where the need of physically inserting the card into the slot like those found at gas stations and on ATM. When the Samsung Pay app has been installed, users need to register their fingerprint on the device if not already done so, wherein the camera will launch and one can scan their credit or debit card. The number, name as well as the expiry date need to be checked prior to the scan.  Finally the app would need to verify the card by sending an SMS or email from your bank.

Samsung tends to utilise near field communication –NFC technology in order to process payments at tap-to-pay terminals. But the system also tends to work with most of the other magnetic stripe terminals also.  Widely installed throughout retailers in the US are these older systems.  Samsung Pay tends to use magnetic secure transmission – MST whenever a phone is held against one of these registers wherein the phone releases a magnetic signal which simulates the magnetic strip which is found towards the back of a credit or a debit card.

In 2015, Samsung had attained mobile payment company LoopPay which developed precise MST technology used for Samsung Pay.  To make payment with Samsung Pay, one could start from the lock screen, swipe up from the small Samsung Pay bar above the home button and place your finger on the home button for verifying the fingerprint then hold the back of the phone against the payment terminal. When the payment is made, the user receives an Android notification confirming the merchant name as well as the amount of the purchase done.  This information is also documented in the Samsung Pay app.