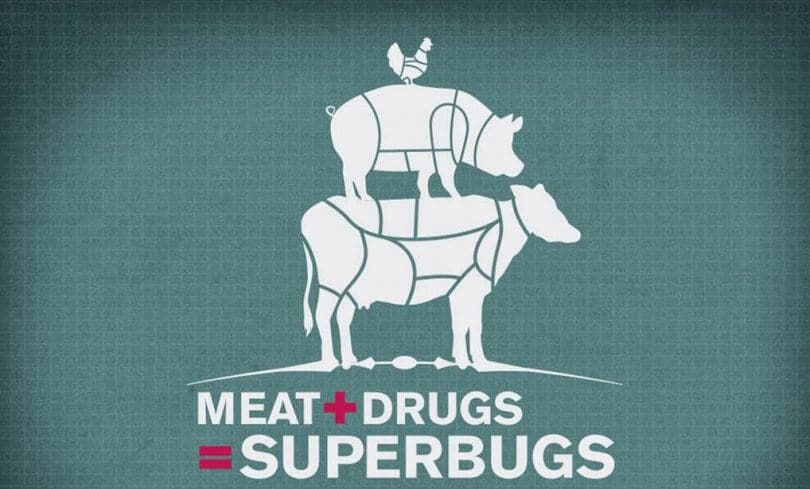 Superbugs are antibiotic-resistant microbes that cause more than 25,000 deaths every year in the European Union.

Its origin is drug abuse, but also in globalization and capitalist bad practices.

It mainly affects patients of hospitals weakened by their age or previous illness, but also to food preparations.

Perhaps we may have heard little about superbugs – with no exceptions – but in the United States the problem of antibiotic-resistant bacterial strains, called superbugs, is already a national alarm that worries experts as much as climate change. The reason is that these microbes have mutated their DNA through successive generations to become resistant to the most common antibiotics and even the most powerful and modern, such as carbapenems. Not surprisingly, there are already 23,000 people killed every year in the United States.

Also in Europe, there is awareness of the problem and for many years measures have been taken to encourage research on new antibiotics, deciphering the genome of superbugs, and to curb the weakness of the current ones. It is believed in the European Union alone that 25,000 deaths per year are caused by these mutant strains, most of them in hospitals and among elderly people or previously serious patients.

The cost of prevention and cure of these infections, which have between 40% and 50% of mortality, exceeds 1,500 million euros per year. The figures are for 2013, but both the affected and the costs will go further in the next few years without governments and health authorities can do anything but reinforce the current measures, which seem to be useless in addition.

This video explains the real scope of the problem, much bigger than we think.

Among those adopted to date is the fight against over-human medication or unnecessary or inadequate medication, as well as the ban on giving antibiotics to animals. The European Union has been recommending for 15 years that pharmacies do not provide antibiotics without a prescription and also banned in 2002 the addition of any type of antibiotic in animal feed as an ordinary measure. The problem is that the antibiotic happens to be stored in the animal meat that later we consume and it acts like we medicáramos. But unfortunately, it is not the only cause of the appearance of superbugs.

Since the 1940s, with the introduction of antibiotics such as penicillin and its derivatives in health care, numerous infectious diseases have reduced their incidence and mortality. Others have even put themselves on the brink of disappearance. However, the abuse we have made of antibiotics for the slightest reason has overexposed the disease-causing bacteria to the action of the antibiotic. The rate of reproduction of bacteria is very high – it can generate hundreds of millions in a few hours if the conditions are adequate – and also their rates of mutation.

That is, in a span of few generations a genetic mutation can arise that makes a bacterium resistant to an antibiotic. In the next generations, if the mutation persists, the resistance can be perfected and in a few years there may already exist a bacterial-controlled strain of population of origin as lethal as its ancestors but prepared to disarm the action of any antibiotic. More potent antibiotics can be prescribed for infections with this strain, but if they are abused again, another strain is also found resistant.

And so, using and abusing more and more sophisticated remedies, we have created strains progressively resistant until we reach the superbugs, against which there is no remedy. Or almost, because sometimes it works backward the use of antibiotics older, crude and already abandoned by their harmful side effects. In the end, some medieval remedies have been prescribed for some infections. In this way, everything advanced in pharmacological research in the last 80 years is losing its value. A fact for alarm: Spaniards are one of the western human populations with greater resistance to antibiotics.

The evil that came from China …

Scientists brand antibiotics as “treasure to be preserved” and warn of the possible end of their usefulness in the most varied infections. New synthetic formulas are being investigated, but the progress is few, due in large part to the lack of interest of the pharmaceutical industry, which claims that if there is not intervene in the origin of the problem of little will serve a new product to which the superbugs will be made resistant in a short time. They are not willing to invest millions of euros in a remedy that probably will not be profitable.

Meanwhile, superbugs, which are now harmless in open spaces, become strong in hospitals and feed on the weakest. But if the problem is the abuse of antibiotics, why the measures taken by the United States and the European Union do not work? Because abuse is very difficult to control, especially in the veterinary sector, where antibiotics have been used by default as a component to reinforce the growth of animals. And here is the globalization.

It is true that they are no longer commonly used in the West as an animal feed additive, but not the same in emerging countries that export meat, whether dead or live animals. Such is the case of China, the great farm of chickens of the United States, where these birds are practiced without any control to prevent diseases derived from the overcrowding in which they live and to improve their productivity. And the same happens in other countries with cattle and pigs. The result is that despite the bans, antibiotics are still found in meats consumed in the West and even superb bacteria.

If you do not act on the emerging ones, the recommendations and laws here are useless; we continue to accumulate antibiotics and bacteria that become resistant to them. To make matters worse, we favor superbugs with the abuse of other drugs such as anti-inflammatories, antidepressants, analgesics, etc. All of them attack the bacterial flora of our intestine and therefore destroy the balance of bacterial populations, which favors the superbugs. In this way, we become carriers of infections for the weakest.

Some experts say, however, that not even controlling the veterinary medication in China will be able to stop the superbugs, as they have spread to nature and have reached wild animals, which have great mobility. This theory is based on the fact that the use of antibiotics in feed has been indiscriminate and much of the additive goes to the soil, from where it is filtered with the washes to the aquifers, transporting it to lakes and rivers where animals and people drink and making it more difficult to control superbugs. It is also known that in urban areas sewage treatment plants are only capable of eliminating 70% of the antibiotics discharged.

Practices that took place decades before the prohibitions are today causing the spread of antibiotics by the environment in a massive way, so that progressively a growing number of beings have become carriers of superbugs resistant to antibiotics. That is, we have become infectious vectors, such as mosquitoes, rats or cockroaches.

Some superbugs are even immune to the most potent drugs. Such is the case of the strain of enterobacteria CRE, resistant to carbapenems, that caused the alarm last February in the hospitals of Los Angeles, California. The reason was several deaths of healthy patients who had undergone endoscopies, which could somehow be infected and to which antibiotic treatment did not effect them. Not only are they babies or elderly patients: superbugs have come to stay. Now we have to design the global strategy to fight them.