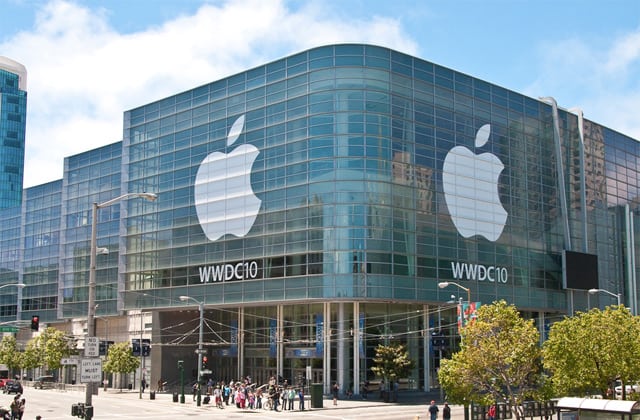 Microsoft Build, Google I / O and now WWDC: Recently, Apple discloses the series of developer conferences of major IT players in the US. In Apple, too, the topic of “artificial intelligence” should go, albeit with a different focus.

For Apple this year’s developer conference WWDC is far more than just the usual introduction of new software for iPhone, iPad and Mac computer.

CEO Tim Cook and his team are expected to outline Apple’s path to a future with omnipresent artificial intelligence, with the rival Amazon and Google with their strategy so far received more attention.

For example, Google announced at its event for software developers that the artificial intelligence of self-learning machines should in the future penetrate all the services of the internet group.

The “Google Lens” service, for example, recognizes what the camera of a smartphone looks like, “Google Photos” can make a disturbing wire mesh fence disappear from a picture. And overall, the combination of the computing power in the cloud and Google’s knowledge of the world will create a ubiquitous and omniscient computer.

As Apple’s response to this challenge is to link its own range of devices and services to a tight-knit world that leaves users little desire for competition.

The photo apps or the streaming service AppleMusic have to be more comfortable to use and more intelligent. Unlike Google, Apple is not dependent on advertising revenue. Therefore, the protection of the personal data of the iPhone manufacturer has a higher priority.

Apple, however, has not only to close the issue of artificial intelligence to fill a gap. This is why, for the first time since 2013, new devices presented at a WWDC (at that time, there was a renewed Macbook Air and a Mac-Pro).

According to information from the financial services company Bloomberg, a networked loudspeaker from Apple, in which the virtual assistance software Siri is to get a tangible home in the household, has already gone into production. It would only be logical to give the developers an early look at the new platform for their apps.

The smart loudspeakers can not only play music, but also answer questions from users or order a taxi by voice command or switch on the light in the house. They have become the most visible outpost of artificial intelligence from the cloud in the household.

Amazon created this product category practically in the very beginning with his “Echo” -authors, in which the assistance software Alexa. Google followed with the “Home” competitor with the in-house assistant.

In the past, Apple managers had talked about allowing users to communicate with the language activist Siri, who had been active since 2011, via various devices such as the iPhone or the computer clock, instead of using a loudspeaker to create a fixed point of reference.

Now, Apple seems to have reoriented and wants to the Bloomberg information, among other things with spatial sound from the competition stand out. In-house services like Apple Music or the Smarthome platform Homekit would be involved.

This is important for Apple, because the other speakers support the services of the competition, such as Spotify, Google Music or Amazon Music, providing them with a bridging head in the households.

Other possible WWDC novelties are updated models of the iPad Pro and a MacBook Pro notebook with faster Intel processors.

Apple recently had to criticize the criticism, with the focus on the lucrative iPhone professional users such as software developers to let go, because the professional Macs did not find the current chip generation.

Financially, Apple is not under pressure, the money machine iPhone is running. In the past quarter, which has traditionally been rather subdued at the beginning of the year, the Group again earned $ 11 billion in nearly 51 million iPhones which were sold.

To the next iPhone in autumn, in which similar to Samsung’s Galaxy S8 the screen almost the whole front side is supposed to be, a massive sales thrust is expected. Investors who dropped the stock just a few years ago for fear of competition from Google & Co. are now holding the course near the all-time high.

However, Apple’s leadership needs to take note of the fact that innovative products are also being developed by other market players.

So last Android inventor Andy Rubin has announced to offer with its new company Essential a high-quality smartphone, which is wrapped in titanium and ceramics and has a new kind of wireless interface.

And a new switchboard from Essential for the networked home should be clipped alongside the devices of Google and Amazon also with Apple’s Siri.