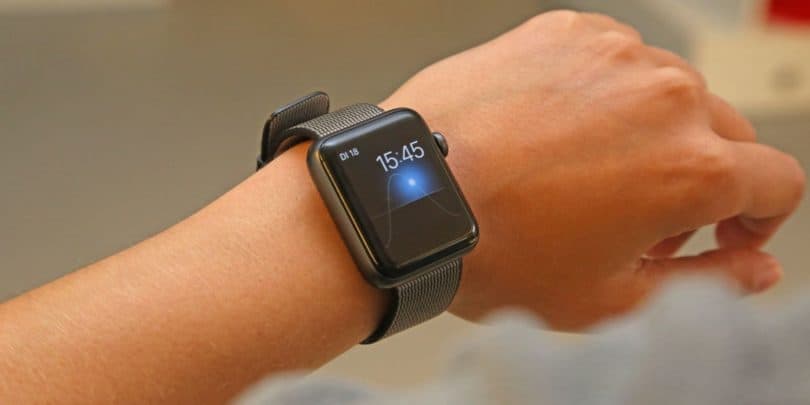 An ECG bracelet for the Apple Watch has been approved as a medical device. At the same time, Apple is launching an app for an ECG study. The Apple Watch already has a heart rate sensor and can even help you notice a potentially dangerous heart condition. However, it is not an officially approved device by the United States Food and Drug Administration (FDA) to detect heart conditions such as atrial fibrillation. At least it was not until now that you can do it if you add a special belt that is on its way to being approved by the FDA.

The Apple Watch is becoming more and more a medical device: the ECG bracelet is central to data collection in a new study that the manufacturer has launched. As the company explains, the study with the heart step sensor of the Apple Watch to investigate the atrial fibrillation and to enable the diagnosis even in patients with previously undiscovered health problems.

While the Apple Watch is not considered a certified medical device in the United States, it now comes with a range of third-party accessories: The Food and Drug Administration, which is also responsible for approving medical devices and medicines, has the AliveCor KardiaBand granted the official license, writes Macerkopf. With approval from the FDA, the replacement wristband with integrated ECG bracelet is now an official medical product – and data collected is considered an official diagnosis.

Although the Apple Watch is being used as a medical device with the new study, the manufacturer does not intend to use it as a medical sensor for testing. This is due less to a lack of accuracy of the technology, as to other requirements, which would have to meet the ECG bracelet in a certification. The approval would, therefore, mean additional effort for Apple in the further development of the ECG bracelet. The study with the app called Apple Heart Study should nevertheless provide valid data – and possibly reduce the number of deaths from atrial fibrillation infarctions to 130,000 per year with previous diagnoses.