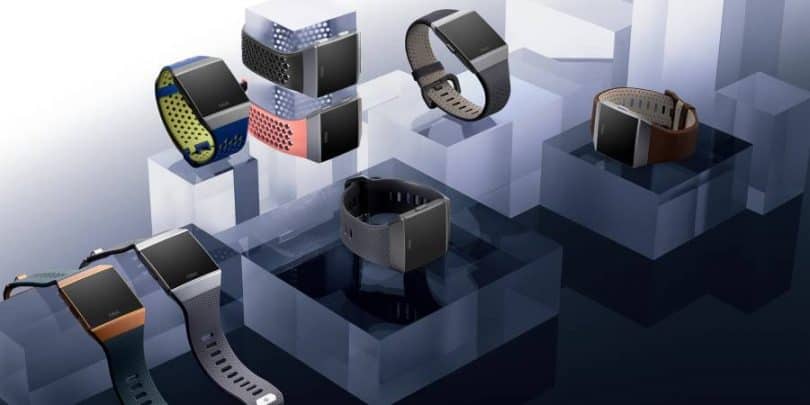 Personalized services and devices have a bad reputation. You become addicted. Push notifications prevent the smartphone from being put away and the automatic replay of series causes a Netflix excess. Social media features – such as the “seen from” list of Instagram stories – lead to obsessive, self-serving usage behavior. Devices, apps, and social media platforms, experts warn, have been designed to grab users attention and save habits that are not in line with our behavior. An exception is fitness trackers. For many years fitness trackers such as Fitbit, Garmin and Apple did not have sufficient addictive potential. About one-third of those who buy fitness trackers stop using them within six months.

So far, it is also unclear whether a person using a fitness tracker really gets fitter. Most studies on the effectiveness of fitness trackers have not provided valid evidence.

The first study, a random sample of 800 subjects, was conducted between June 2013 and August 2014. The results published last year in The Lancet Diabetes & Endocrinology show that after a year of use, a Clip-on Activitiy tracker had no impact on the overall health or fitness of subjects, even if combined with a financial incentive (Volunteers whose financial incentive was cut after six months were worse in the long term than those who never received a bid). The second study, conducted between October 2010 and October 2012 by the University of Pittsburgh, examined whether combining a weight loss program with a fitness belt worn on the upper arm would help subjects lose weight or improve their overall health , The results published last year in the Journal of the American Medical Association show that subjects without fitness trackers lost more weight than gadget wearers – a difference of about 3.5 kilograms. Apart from the fact that the weight is not a measure of health, the results showed that the test persons with fitness trackers were no more active, let alone fitter, than the people without such a device.

The results are likely to be quite sobering for companies producing fitness equipment. But that does not mean users should get rid of their new fitness trackers. Why?

In fact, most of the fitness tracker studies that have been done – including the two mentioned above – have been done with devices that are several years old (like the pedometer, which was not easily connected to a smartphone). There are first signs that the new gadgets will finally become addictive.

First of all, the portable fitness trackers have become powerful devices. It is no longer enough to measure steps and active minutes; Features such as sleep tracking and 24/7 heart rate measurement have also become standard. Powerful batteries are needed to effectively use features such as uninterrupted heart rate monitoring. Fitbit’s new “motivational watch”, Iconic, has a battery that will hold for four days. The Fenix 5, Garmin’s top device among their fitness watches, lasts up to two weeks.

There are first signs that the new gadgets will finally become addictive.

“If it’s comfortable, waterproof, the display is always readable, and the device has a long battery life, there’s no reason to put down the watch,” says Phil McClendon, Garmin’s senior product manager.

In addition to the software, the user experience has also improved. Gathering information is one thing. To present them in a way that is understandable, motivating and actionable for the user is another. Such as the simple reminder of moving – another feature that is standard on the new fitness watch models. Notifying people by buzzing and vibrating, regardless of their current activity, is annoying. Instead, the new wearables inform users that they should move if they sit for longer than a set amount of time. According to Fitbit, this works. “People who get an average of six reminders a day they’re supposed to be moving will get about 40 percent fewer such messages after a few months,” says Fitbit Vice President of Research, Shelton Yuen, Fitbits Vice President of Research. “This is a very detailed example, but I think it’s important because it means that the innate behavior of the user changes.”

The Fitbit makes such statements, do not be surprised. But external experts are also agreed on the successes in the progress of fitness technology. “There are two things where apps and devices are improving a lot,” says researcher Mitesh Patel from the University of Pennsylvania. He investigates if and how wearables can improve health.

A first improvement is when the devices leverage social networking to stimulate competition or promote support. Scientists, led by psychologist Liza Rovniak, recently showed that the support networks are very effective at increasing physical activity in unmotivated adults. But she suspects that the Leaderboard format, a popular way to foster competition through user rankings, does not inspire anyone except those at the top of the charts (and probably the ones who need the least motivation anyway).

The second improvement is the objective. “We know that people need to strive for an attainable goal to change their behavior,” says Patel. The problem with the previous fitness trackers was that they all used the same goal (step count) and the requirement was too high for everyone (10,000 steps). But the average American only makes 5000 steps a day. It would be unrealistic to double that number and put people under pressure – it was daunting, says Patel.

But today’s fitness trackers adapt their feedback to the individual habits of the users. Instead of saying that 10,000 steps should be taken, Garmin’s Insights feature encourages the user to notice that the watch is moving less than it normally does on a particular day of the week. Fitbit now also allows users to set and track personalized goals related to weight and cardiovascular fitness.

These are just a few examples of how manufacturers have started to use theories of psychology and behavioral science to motivate users – and it’s just started. “They’re constantly adding new features,” says a Brandeis University psychologist, Alycia Sullivan. She is a researcher at the Boston Roybal Center for Active Lifestyle Intervention and author of a recent study on fitness tracker motivational concepts. Now that these devices are small, powerful and equipped with sensors, they expect such features to be implemented on the software side of these gadgets. “It’s where companies are best able to gather usage data for interactive, personalized information that they will ultimately use.”