After a lot of speculation over the years world get to see its first cloud-connected delivery drone. Flytrex Sky has been launched as a high-end commercial drone which possesses the ability to deliver small items like light packages and drinks with its intricate loading bay. This drone will work through a 3G connectivity which is designed specifically to work seamlessly with its cloud-based backend for managing parcel delivery.

In the past several businesses along with ecommerce giant Amazon had tried their hand and experimented with the delivery drones. But their plans to introduce it in mainstay delivery channels were snubbed due to regulatory and technical issues.

A start up called Matternet had earlier announced that it had successfully developed its own commercial delivery Matternet ONE with a price tag of $5,000 but it was not introduced in the market. On the brighter side Flytrex Sky drone is launched with whole set of features to cater the needs of business enterprises and local customers at just a fraction of Matternet cost. 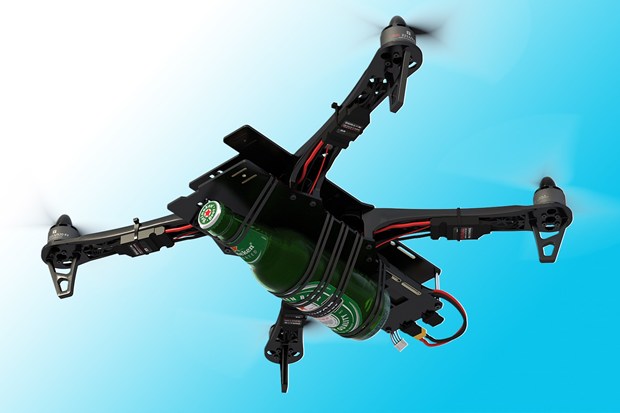 Flytrex Sky allows its users to unpack the drone and set it immediately for sending deliveries to their family and friends by just using an Android and iOS mobile applications. Flytrex has envisioned a platform which possesses a ground breaking Collaborative Piloting technology that makes it easier for the sender and recipient to control it along various point enroute. A user is simply required to direct the drone to a waypoint using a GPS. The sender of the done usually directs the initial course and recipient works on the landing in order to ensure a soft touchdown.

Flytrex CEO Yariv Bash is optimist and determined that its drones will open the skies to the private entrepreneurs and individuals to provide remarkable delivery solutions. Currently Sky drones do not feature any obstacle detection which can play a crucial role in urban areas but works are been done to introduce this feature in future updates.

Bash has stressed upon the plans to bring environment awareness in the drone wherein it will able to detect the natural terrain and manmade structures in a more comprehensive manner. A firmware upgrade will be made available in few months for the same. This advanced drone Flytrex Sky is capable of handling firmware upgrades right from the cloud on its own. It also have plans to launch a commendable API in the future which will make it easier for developers to create custom apps and games.

Flytrex Sky has some ambitious plans for future where it sees itself as a pioneer in the cloud based delivery solution company. It has already envisioned a way to move physical objects from one point to another through routing points which might taken several years otherwise.

Flytrex Sky is also urging its customers to essentially use Sky in accordance with the regulations set by the national aviation authority. The drones at the moment do not feature any built-in protections for stopping users from using it as they deem fit. Flytrex has asserted that regulation always lags behind the technology and with time drones will be perfected to abide by the regulations in every fashion.