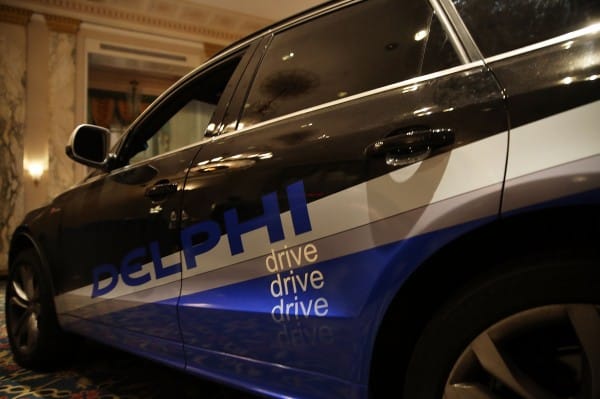 Two auto parts suppliers Delphi and sensor-maker MobilEye have teamed up to build a totally autonomous car system which would make auto manufactures in making their cars self-driving without capitalizing lot of expensive R&D.According to the companies, the system would be production ready for OEMs by 2019. With this the companies would be adding to the list of companies which think it is the future of automobile autonomy.

Several large technology together with car manufacturers have been building self-driving cars from ground up, which would be an increase in number of off-shelf system that will enable quite of other models to be on the road without the need of a driver.  The said project is said to be the latest announced partnership between the GM tech spinoff Delphi automotive and Israeli machine vision company – MobilEye.

Both the companies are quite familiar with self-driving car technology and have supplied sensors and software to huge name automakers, inclusive of the technology behind Volvo’s vehicle detection systems and recently, Tesla’s Autopilot. Though both the companies tend to operate closely with the manufacture of cars, MobilEye tends to work with BMW in putting an autonomous car on the road by 2021.

For instance, other large automakers like Ford have been creating systems in-house.  As per Wall Street Journal, the two companies intend to invest `several hundred million dollars’ in the development of all-the-shelf autonomous driving system, probably for use by automakers who would not have the potential or the inclination for such kind of research and development.

The possibilities of the partnership tends to demonstrate a system which would enable cars to independently navigate challenging road conditions like roundabouts or turn on various traffic lanes, after January. Though the final product will take longer to be manufactured, the systems would be available from 2019. The two companies, Delphi and MobilEye are not the only plug-and-play systems, the companies seem to be building for autonomous vehicles.

University of Oxford spin-out Oxbotica has also established a new software system which tends to make any vehicle driverless by utilising machine learning to deliver the intelligence required to consume data from sensors, comprehend the surrounding and then resolve how to move.  It states to be working already with auto manufacturers.

In the meanwhile, start-ups like Cruise Automation and Otto have begun developing amalgamations of sensors as well as artificial intelligence software which enables them to turn everything from big rigs to modest family care into self-driving vehicles. It is said that the two have been acquired recently by General Motors and Uber, individually.

However, there seems something which needs to be learnt from another driverless car start-up, Comma.ai, regarding a probable selling point of product which MobilEye and Delphi and maybe Oxbotica plan to create. Being set up by George Hotz, who had become popular when he had hacked the iPhone in 2007, Comma.ai had revealed an autonomy system which tends to use machine learning and $1,000 of hardware for controlling a vehicle.

The project had been criticized though it goes a long way in showing that with the precise software together with well-chosen sensors, the off-the-shelf autonomy feature could be a reasonable upgrade for new cars.