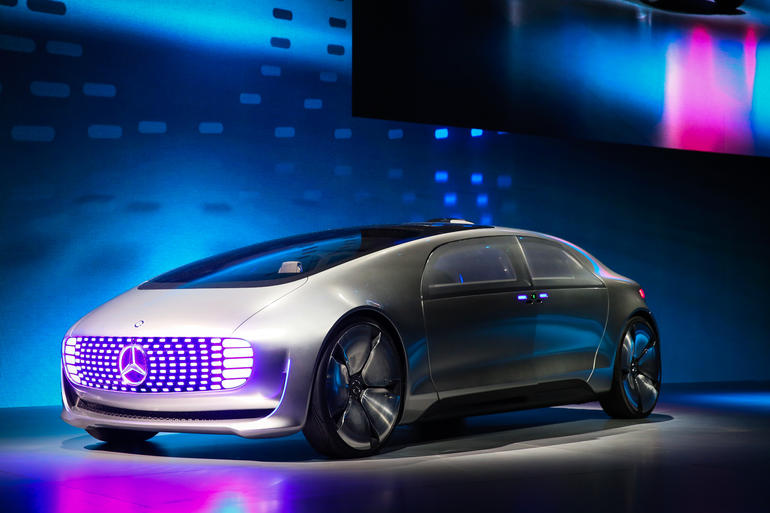 Before the commencement of 2015 International CES, Audi sent out an A7-based research model of a self-driving journey starting from the San Francisco Bay Area to the Las Vegas. The very night CEO of NVIDIA, Jen-Hsun Huang, took over the stage at a press conference. While on one side, he completely changed his focus from talking about their gaming hardware like in the past years, he took a deep leap into highlighting the possibilities of Nvidia’s Drive PX computers and Nvidia’s new Drive CX. This has the ability to power, the self-driving systems as well the cabins. This new model of the car quickly realized its potential to become the fastest-growing mobile electronics platform. As per the executives of Audi, the A7 research model made it to Las Vegas without any slight incident on Monday. It was then put on display right in frontage of the Las Vegas Convention Center. The company was joined by cars from other business competitors like Mercedes-Benz, BMW, Toyota, Volkswagen, Hyundai, Ford, Dodge, Jeep, and Chrysler. The i3 electric car from the BMW company showcased that it can find a parking space all by itself. Even Volkswagen and Volkswagen highlighted the same feature pertaining to their cars.

Self parking of the car will become the next big innovation for the growing number of companies investing in self driving cars on the road. The CES 2015 display how the driver of the vehicle has to just pull into a parking garage entrance and get out of the vehicle. Then the car will take over and send it out to search and park the car. If you in a restaurant, you practically summon for your car and it will wait for you in a special parking place constructed in the pickup zone of the parking garage. Self-driving car technology from automotive suppliers like Valeo and Delphi suggested that the current adaptive cruise control systems might soon be added to the self-steering, which will enable the drivers to relax and their car will take over in long highway drives and stop-and-go traffic. Even though the companies have shown the capabilities in the urban environment but the cars with this technology might not hit the production in for many years.

German automaker Mercedes-Benz’s F 015 Luxury in Motion research vehicle highlighted the combination of advanced electronics in the cabin, self-driving, and a clean-energy drivetrain in their model of car with a 2030 futuristic vision. In the Las Vegas Convention Center’s North Hall, Apple CarPlay and Android Auto signs were seen in abundance in the domain of automotive electronics. Hyundai showcased a new low-end head unit which supports both these features which will be available in their cheapest cars as well. If you are among the people who are still not ready to buy new car then the stereo makers Pioneer, Parrot and JVC Kenwood are building systems that will support Android Auto and Apple CarPlay. Basically CES highlighted how technology has got advanced and what we can see in the cars tomorrow.